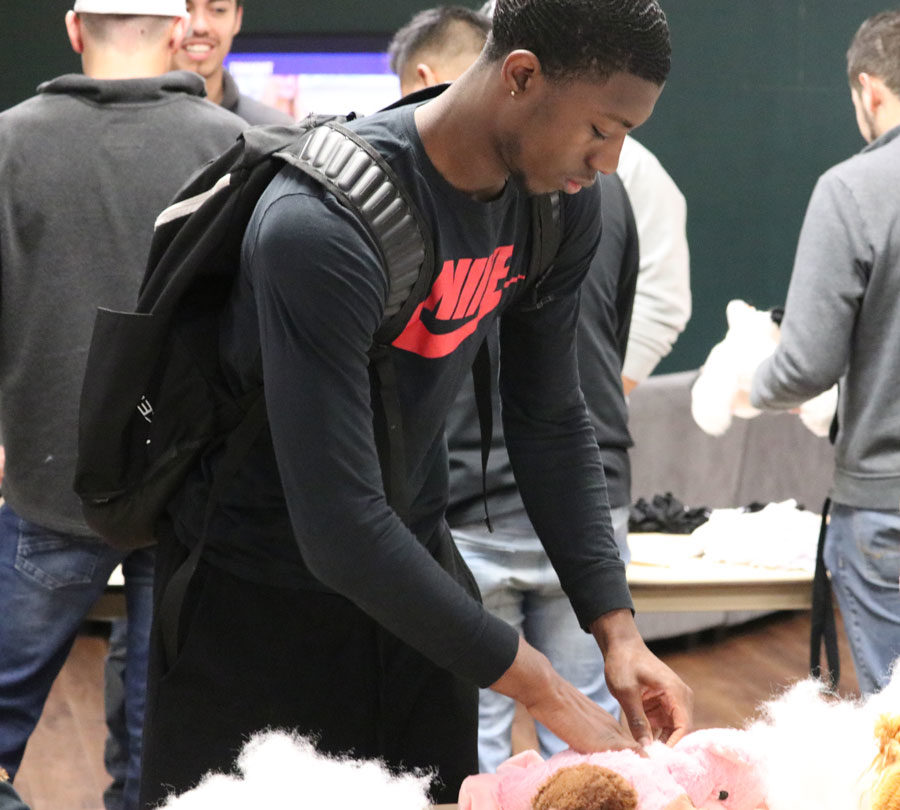 Jamel Horton, freshman, attends the de-stress week event in the Student Union. Horton chose a pig to be his stuffed animal. “I named him Loso Mel Jr., after me, and I chose the pig because I thought he looked cooler than the other choices. Also, my stuffed animal is from Queens, NY, just like me,” Horton, said.

De-stress week is wrapping up. For the past week students have been participating in activities put on by the Student Government Association (SGA). De- stress week was put together by the SGA in an effort to help students who are stressed about finals. The week kicked off with Create a Critter. Students stopped by the Student Union to stuff and dress their own critter.

On Tuesday Pet Therapy had students running to the Student Union once again. They were able to pet and hold some cute furry friends. Louie’s Birthday was also a cause for celebration. Walking tacos and cupcakes were given out in the bookstore. Back pain and tense shoulders were taken care of on Thursday! Massages were given in the Student Union. De-stress week ended on a sweet note. FREE donuts and stress relievers were given out at the bookstore.