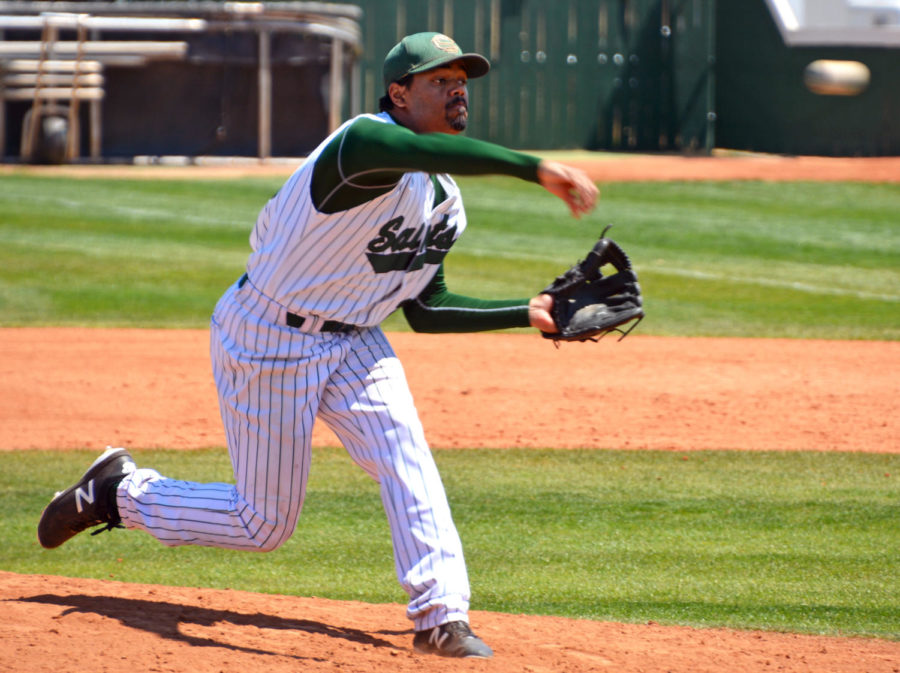 Jordan Pepper, sophomore pitcher, fires on in to the plate. The Saints played their way into the Region VI tournament by defeating Fort Scott in a best of three game series. (file photo)

Saints baseball solidified their spot at the Region VI tournament in Wichita this weekend. They blew past the Fort Scott Greyhounds with back-to-back wins May 4 and 5. It will be the first time since 2015 the Saints get to compete in the tournament.

In the final game May 5, the Saints used a strong first inning to jump to an early lead. The first three batters safely reached the base and loaded the bases for freshman Cayde Ward. Ward barley missed a first inning grand slam as the Greyhounds jumped the fence to rob the home run.

Seward increased their lead in the top of the second inning. After, Spencer Sackett was hit with a pitch, Ward rocketed a two-run home run over the left field wall. The Greyhounds brought the game back to a single digit lead with a two-run home run of their own. All forward progress stopped there for Fort Scott as the score stayed 16-7. Cruz Shope’s leadoff solo shot put the Saints on top by ten runs and gave them the chance to end the game from the run rule in the bottom of the seventh with a score of 17-7.

The Saints will play Colby Friday, May 11 at Lawrence-Dumont Stadium in Wichita, Kansas. The game can be heard on 1270 am with Brock Kappelmann.