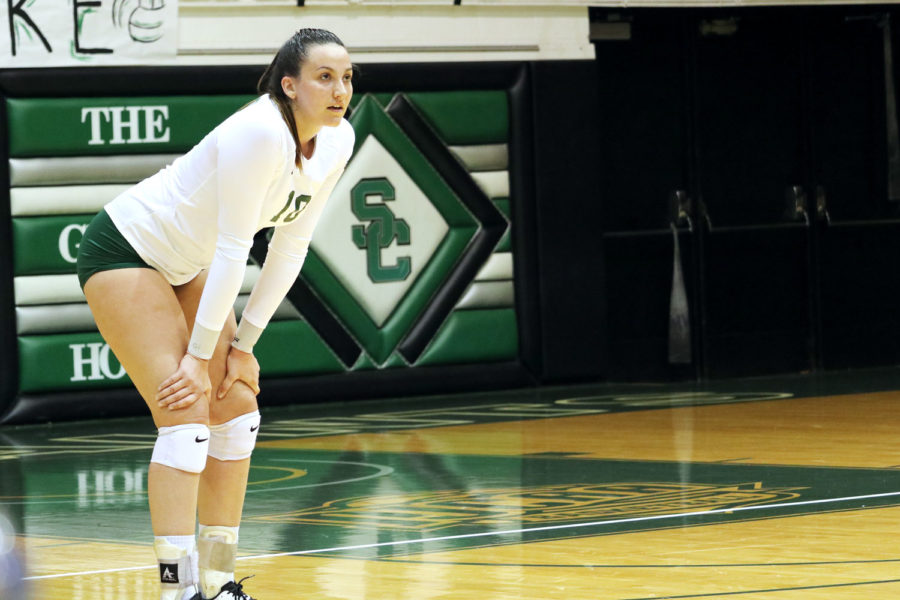 The No. 9 ranked Seward County Community College Lady Saints went two and two over the weekend in Roswell, New Mexico.

The second match against No. 11 Panola College was a lot like the first. Seward fought back and forth, but ended up losing the first set, 23-25. In the second set, the Lady Saints capitalized on their opponent’s errors and won with a score of 25-21. Seward kept their winning energy up throughout the third set, winning easily, 25-16. In the fourth and fifth sets, Panola gained the lead and continued to widen it, winning the fourth set, 12-25 and the fifth and final set, 10-15.

On Saturday, August 25, The Lady Saints came back from the two previous losses, and dominated both games. To begin the day, Seward matched up against South Mountain Community College. The Lady Saints had no problem gaining and keeping a lead throughout the match, winning the match 3-0 with scores of 25-14, 25-23 and 25-22.

In the second game of the day, The Lady Saints remained victorious while taking on Pima Community College. Seward gained the early lead once again, and took the first match, 25-15. Pima remained no match for the Lady Saints in the second set, as they continued to gain the lead and later extended it to win the set, 25-16. Pima struggled to put up a fight in the final set, allowing another Lady Saint victory, 25-11.

The Lady Saints are now 2-2 overall and will look to improve their record on Wednesday, August 29 against Independence Community College in Independence, Kansas, beginning at 5:30 p.m.