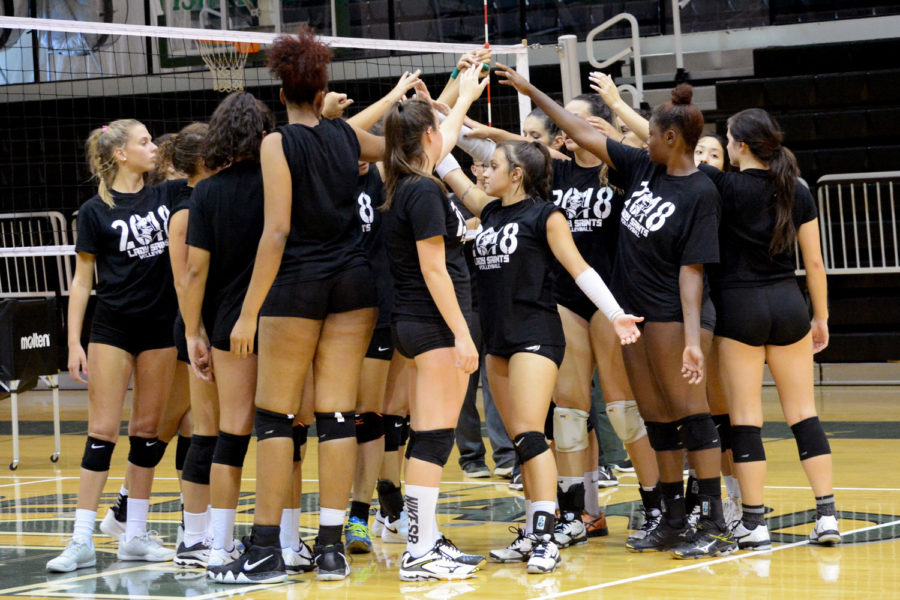 The Seward County Lady Saints Volleyball team won their first conference game 3-0 against Independence, giving them a total of three wins this season.

The Seward County Lady Saints Volleyball team won their first conference match against Independence Community College on Wednesday, August 29. So far this season, the Lady Saints have a total of three games.

Seward began the first set against Independence very strong, earning the first nine points of the set. The Lady Saints, with the help of two aces and a kill by freshman outside hitter, Djuly Schmorantz and six points by sophomore middle hitter/right side Luz Sierra, won the first set 25-15.

In the second set, the Pirates picked up their momentum and put up a fight against SCCC. Seward began leading by four points, but Independence quickly cut the lead to only two points. The two teams continued to trade points back and forth with the Lady Saints only being ahead one point, 19-18. Three points by freshman middle hitter, Thais Vieira and three other Lady Saint points allowed SCCC to win the second set, 25-20.

The Lady Saints brought their momentum from the first set back into play during the third set, leading 15-11 halfway through. Seward kept scoring and won the third and final set, 25-14.

Sierra led the Lady Saints with a total of 13 kills off of 16 attempts and five blocks. Schmorantz finished with seven kills, one block and three aces.

Seward will continue conference play on Saturday, September 1 against Garden City Community College in the Greenhouse beginning at 6:30 p.m.