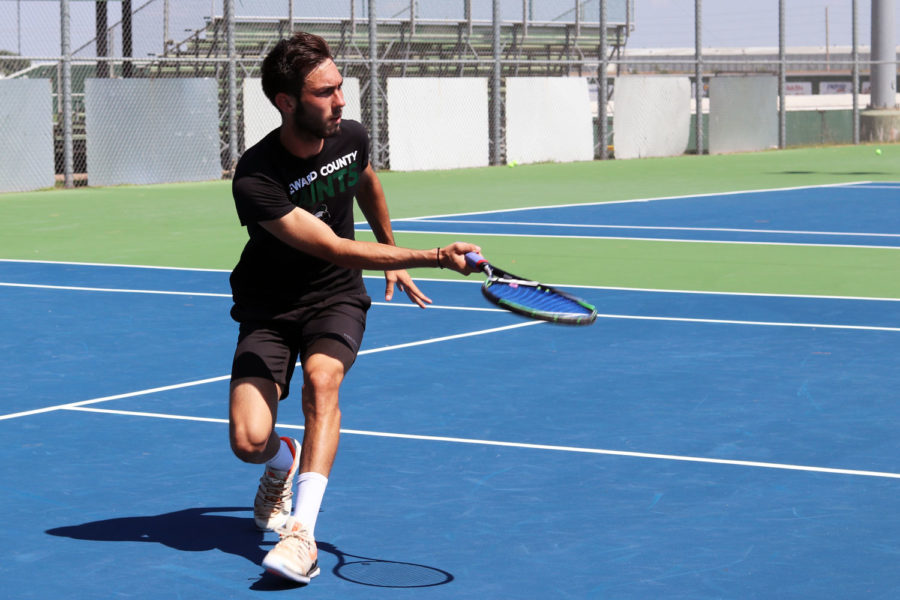 Rousset will finish off the fall season for the Saints while he competes in the four-day 2018 Oracle ITA National Fall Championships in Surprise, Arizona on November 7-11.

The spring season for the Seward County Men’s Tennis team will kick off on Monday, February 4 against Air Force Academy in Colorado Springs, Colorado.