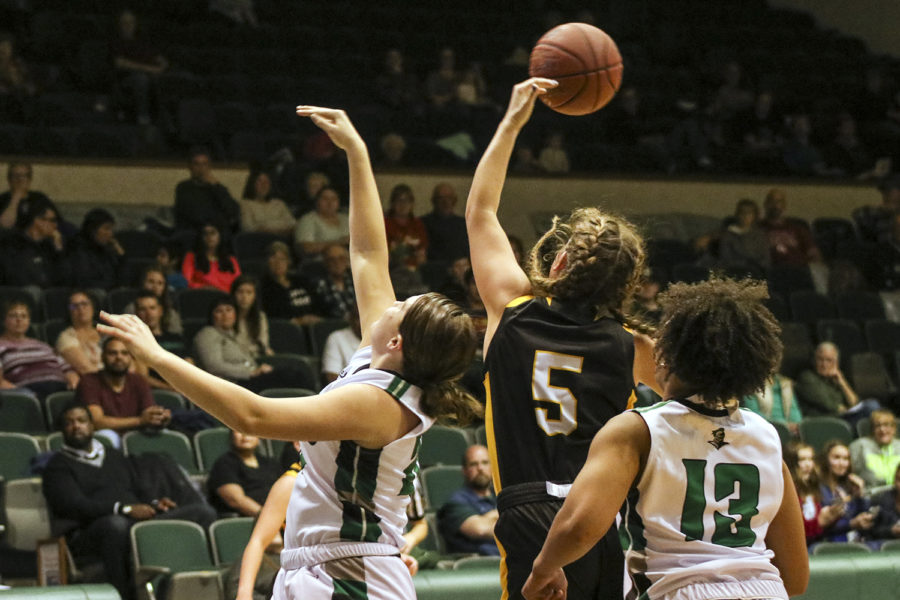 The Lady Saints lost the tip-off at the beginning of the game but they came away with a big win on the night, 80-57. This game over Cloud County moved the Lady Saints' record to 7-2 on the season.

Szydlowska came out blazing as she hit a three on the first possession. She then made three more baskets to put Seward in a 9-2 lead. In just four minutes Seward went into double digits, soon after Thunderbirds would have a 9-0 lead before Seward would come and sweep up and push the lead by 13 points making Saints 41-28.

Thunderbirds tried their best to to stay manageable but by the end of the third quarter Lady Saints ended with 59-46. By the fourth quarter Szydlowska had reached over the 21 point mark. Kalen Green came back on the next possession to give Lady Saints their largest lead 77-54.