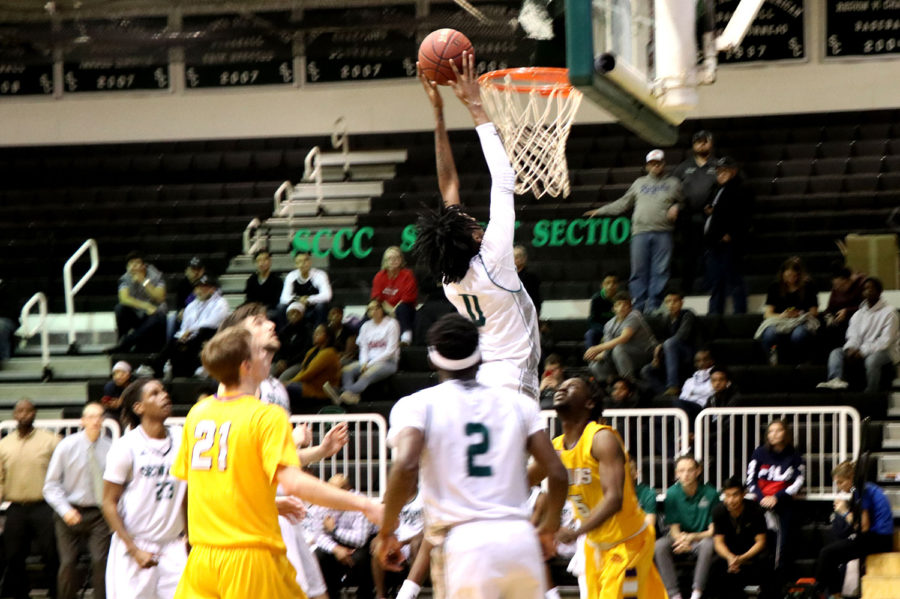 The Seward Saints are No. 13 in the nation with a record of 24-5 overall but 17-3 in the Jayhawk conference. (file photo)

The no. 13 Seward Saints claimed the Jayhawk West Title on Feb. 20 with a 79-53 win in the greenhouse. This is Seward’s first conference championship since the 2013-14 season.

Small scored the first six points of the game, as the Saints went on a 12-0 run.

Marco Morency led the Saints with 24 points and 14 rebounds for his second double-double of the season. Isiah Small added 17 points and Devin Bethely chipped with 13 points for Seward, which extended its winning streak to seven games. The Saints hit 50.8 percent from the field on 31-of-61

Miles Gibson had 20 points and 12 rebounds, Chris Freeman scored 12 and Ebon Jay netted for Northwest Tech, which fell to 5-15 in the Jayhawk West and 13-16 overall.

The Seward Saints will play against Hutchinson Community College for Sophomore Night. The game will tip off at 8 p.m in the greenhouse.