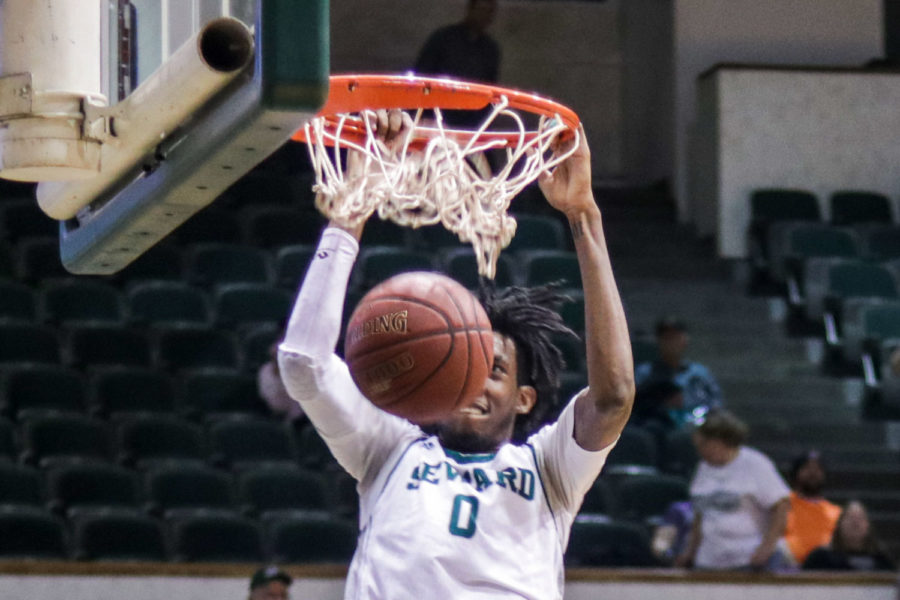 The Seward Saints played against Independence Community College on March 3. They won with a 83-60 victory. The Saints will be playing in the Region VI Semi-Finals March 4.

The No. 13 Seward Saints earned a 83-60 victory over  Independence Community College on March 3.  The Saints advanced to the semifinals of the Region VI tournament which will take place tonight.

The Saints improved to 19-3 in conference play and 26-5 overall.

Sophomore forward, Isiah Small chipped in with 11 points and nine rebounds for the Saints, who had 10 of 11 players score. Seward, which extended its winning streak to nine games, played strong defense, holding Independence to 35.8 percent for the game and under 30 percent in the first half.

The game began with an 8-2 run by the Saints, but the Pirates fought back and soon earned a 18-17 lead on a Tyreece Berry three-pointer at the 11:32 mark. The Saints held a 44-29 advantage at the half and was never really threatened the rest of the game.

The win was the 100th of Saints head coach Jason Sautter’s career. Sautter is 100-48 overall and 45-18 in two seasons with Seward.

Tonje Durham had 15 points and Berry netted 14 to lead the Pirates, who finished at 15-16 overall.

The Saints will play Barton Community College in the Region VI semifinals March 4 at Hartman Arena.