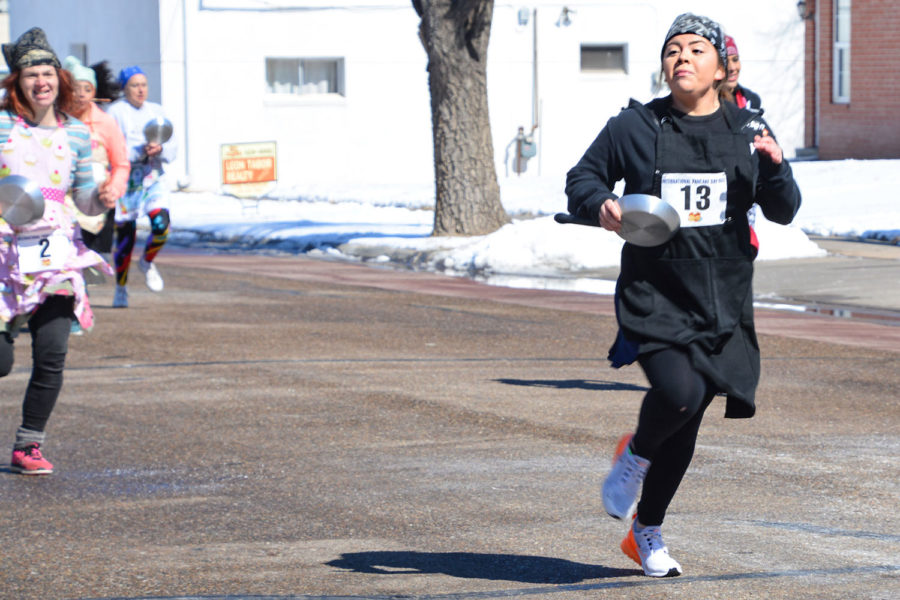 Abby Lovato, a SCCC student and Liberal resident, participated in the Last Chance Race. This is the traditional race depicting a woman running from her house to church after she realized she was late. Liberal competes every year with their sister city, Olney, England. The town with the fastest time is named champion for the year. Lovato placed sixth.

Pancake Day marks the one-day celebration that Liberal holds, presenting a great big feast full of breakfast favorites including the almighty pancake. The tradition dates back to 1950 when Liberal challenged Olney, England to a traditional pancake race on Shrove Tuesday. This day marks the last day before Lent begins and most give up something for the religious season.

Tradition has it that a woman was late for morning mass and ran all the way from her home to church in her apron while carrying a frying pan. When she arrived, she discovered that she had ran the entire way with a pancake in the pan. So every year, Liberal and Olney residents recreate the event and compare times. Liberal won for a second year in a row as Maggie Lapinski raced to a 1:02.98 finish, beating her English counterpart by seven seconds.

The pancake races aren’t just for women.  There’s a chance for every age group to race with a frying pan to the finish line. The day is capped off with a parade down Pancake Blvd.
Click/touch the photo below to see the entire photo gallery and captions.