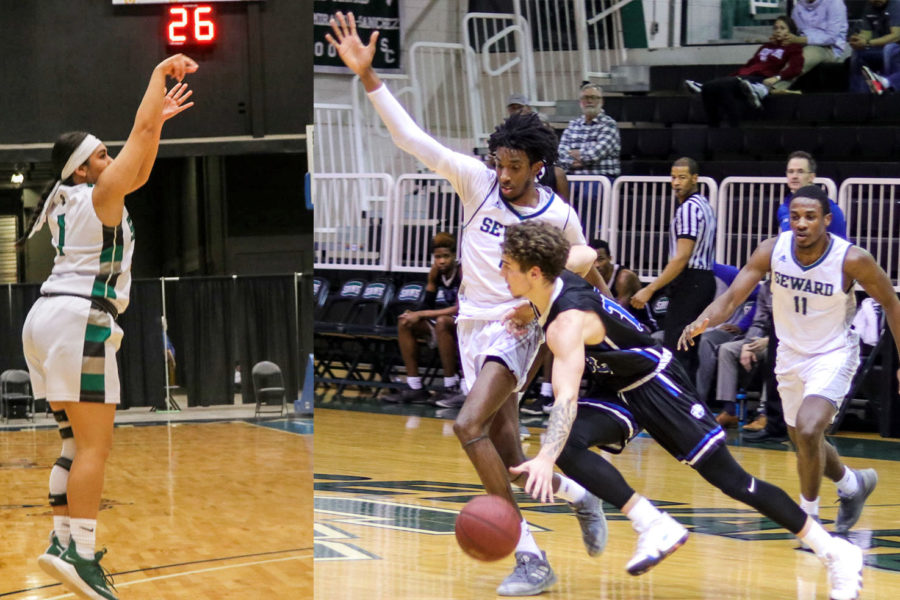 Both the men's and women's basketball teams advanced to the championship game for the Region VI tournament. The Lady Saints play tonight at 5 p.m. and the Saints play at 7 p.m.

PARK CITY – Both the men’s and women’s basketball teams take to the floor tonight in the Regional championship. The women play Butler at 5 p.m. and the men play Hutchinson at 7 p.m. at Hartman Arena, Park City. The game will be broadcast live in the Greenhouse for fans.

Devin Bethely, a guard from Baton Rouge, Louisiana shot 57 (36-63) percent from the field for the game. Isiah Smalls, a forward from Jersey City, New Jersey added 20 points and 11 assists.

Seward started at a 10-0 lead and then it stretched into 19-5 with 13:09 left in the first half. Bethely had 10 points and Smalls added five more which led Seward to be ahead of the game for at least 10 points the rest of the game.

11 out of 12 players scored from Seward proving they were no match for Barton and won the game 94-70.

By the fourth quarter, the Lady Saints led by 12 points but Barton went on a spurt 17-8 and closed in 61-58 with 20 seconds left in the game.  For two quarters both teams fought back and forth taking the lead but Lady Saints trailed in and won the game 63-58.

Catch both teams tonight in the Greenhouse for regionals.