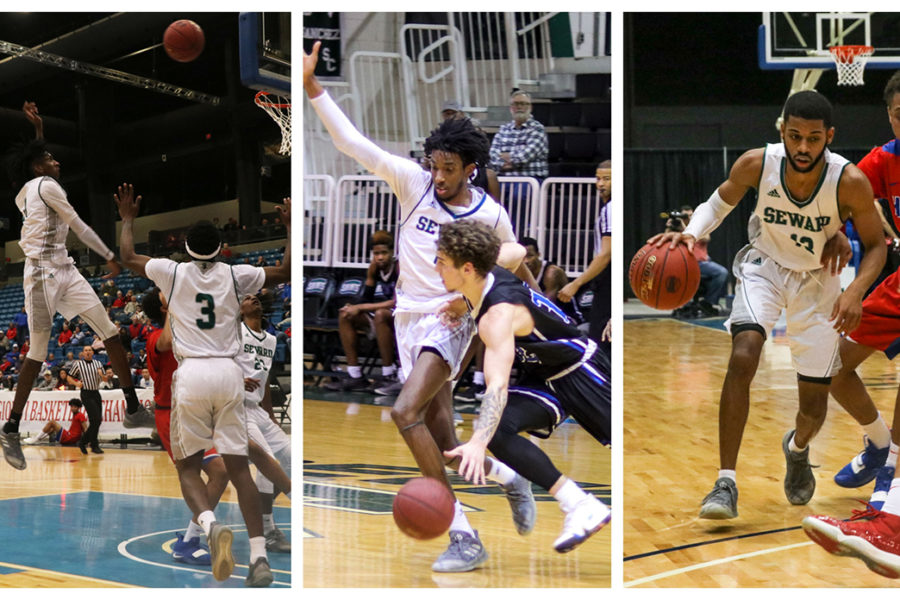 The Saints will attend the NJCAA national tournament, otherwise known as "the Tournament," in Hutchinson. Their first game is Tuesday at 8:30 p.m. in the Hutchinson Sports Arena.

Saints will play round two of the NJCAA tournament tomorrow in Hutchinson Arena at 8:30 p.m. They will go up against the winner of round one game, either Eastern Florida State or Allegany.

This is just the fifth time in Seward County Community College’s 50 year basketball history that the team has made it to the national tournament. The last time the men’s team appeared in The tournament was in 2012.

In total, 24 teams earned a spot in the national tournament.  The competition for Seward will be tough. Most of the teams have won more than 20 games this year. Only two teams from Kansas are part of the tournament, the Saints and Coffeyville.

Head coach Jason Sautter said he is extremely proud of this team and what they have accomplished this season.

This team is special! They fight, they love each other and they have a servant leadership mindset. We're on our way to compete for a National Championship! This trip isn't a buisness trip, the whole season has been. The journey is always better than no matter the ending! pic.twitter.com/o1aC3D9cSi

The Saints entered the tournament a seventh seed with a record of 27-5. The men have peaked at the right time. They won the Kansas Jayhawk Community College Conference West Division and the Region VI championship. Coach Sautter is hoping the momentum will carry them through the week and the Saints will find themselves in the championship game.

If Saints win their next game will be on Thursday at 2 p.m. The games will air on 107.5 and kscbnews.net.