Having an opinion today is difficult 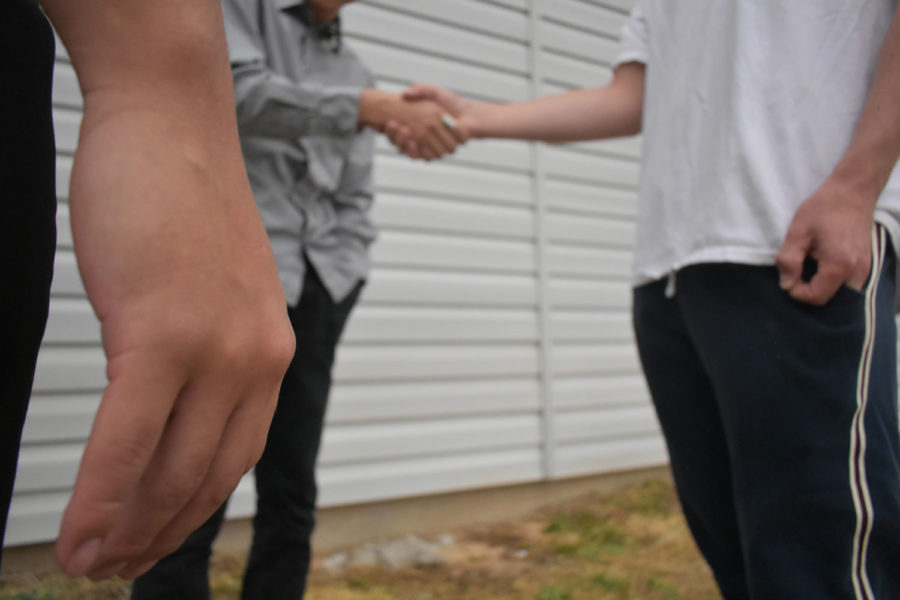 Crusader staff finds that people actually don't want to share their opinions in fear of saying the wrong thing or offending others. (Photo Illustration)

These days, it’s hard to turn on the TV or browse Facebook without encountering some sort of discussion about racial issues. I’m certain that I’m not the only one who has noticed that, recently, almost everyone, regardless of how much they do or don’t know, has an opinion about race that they’re willing to share online.

So, when I set out to gather interviews for my story on white privilege, I didn’t expect that anyone would be unwilling to talk about it. After all, what we see in the media would suggest that race is one of the easiest topics to discuss.

However, I discovered that it really isn’t that easy to talk about at all. No matter who I asked, almost no one was willing to give me an interview about white privilege. A few days and a dozen attempts later, I had nothing. I had been brushed off by everyone I’d spoken to.

At first, I thought that I was doing something wrong. I wondered if I was being too straightforward, or too insensitive, or not straightforward enough. I tried to change my approach, but it made no difference–everyone claimed that they just couldn’t answer my questions.

Maybe they were telling the truth. Perhaps no one I tried to interviewed had knowledge of the subject or an opinion about white privilege to share with me. The hesitant, unsure looks on the faces of the people that I asked, though, led me to believe otherwise.

Constant discussion in the media of issues like white privilege and racial inequality familiarize us with important social problems, of course, but, from what I can tell, they may also make discussion more difficult for the majority of people. When everyone can be an activist, it’s hard to know where to look to for information and inspiration.

Because we are exposed to the opinions of the people around us on a daily basis, the average person might have trouble developing a perspective that they’re confident in. No matter what they say, they’re aware that they’ll be stepping on someone’s toes or getting something wrong. For many, the constant barrage of conflicting ideas has made having a viewpoint pointless.

I started to think that this may be the case when I noticed that the people who did finally give me interviews were careful to introduce their ideas using phrases like “I’m not sure, but,” or “I’m probably wrong, but,” when they answered my questions. Everyone was, to some extent, afraid to own their opinions.

As much as we may like to think that the opinions of others don’t influence us, to me, it seems as though almost everyone is very aware of what others think. For some, this doesn’t make a difference. For others, however, this awareness is paralyzing.

The truth is that, sometimes, exposure impedes conversation–especially when a lot of that exposure leads people to believe that their own genuine opinions aren’t as correct as everyone else’s.

For all I know, this may not be something that can be “fixed,” but, hopefully, knowing that others experience the same thing might help us all to feel less insecure about asserting our opinions when the opportunity comes around.