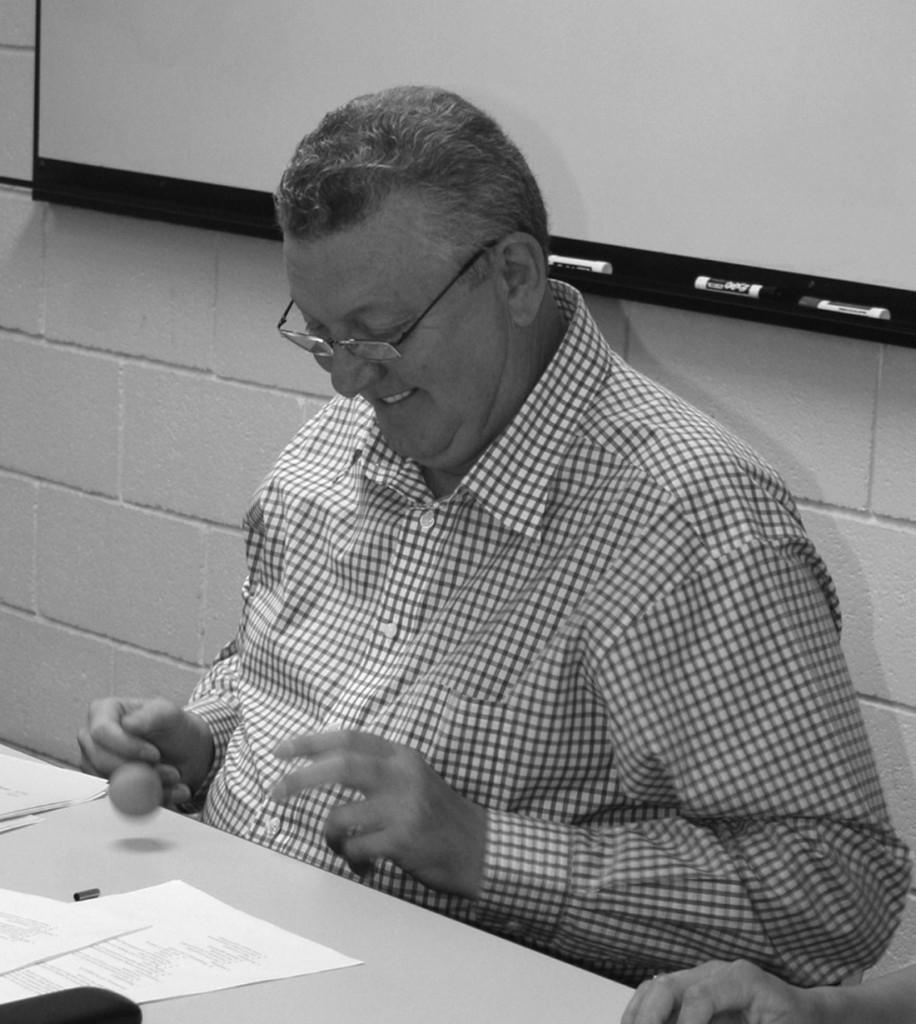 Crusader photos by Jessica Lulf Tara Bruce and Jamie Gilbert, top, demonstrate the slime they made for Chemistry I. The groups had to create slime and market it. Bruce and Gilbert’s company was Chicaslime. The groups, made up of three or four people, had to market their slime to a panel of judges. The judges for the slime project this year were Dale Reed, Frances Brown and Pam Perkins. Reed, right, played with one group’s slime during the presentations. Some groups created slime that could be used for a face mask while others made aromatherapy slime.