Saints take a win against Barton 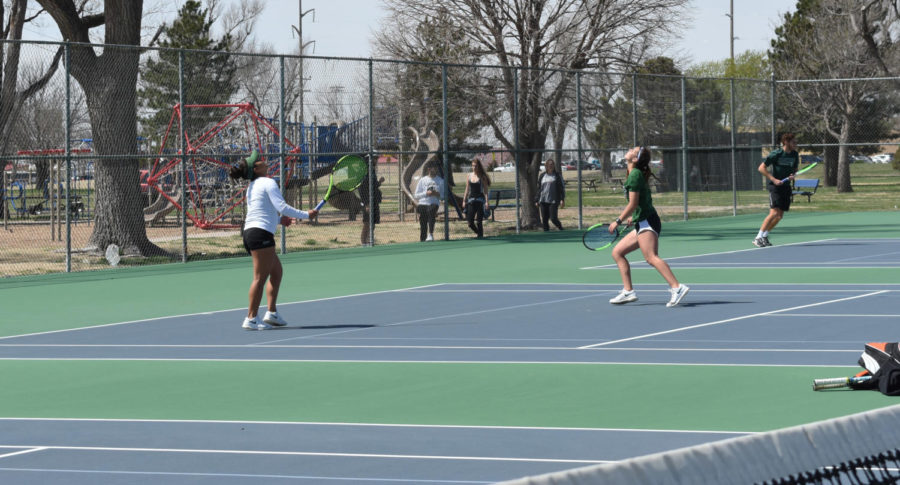 Patricia Panta and her partner Maria Aveiga are No. 1 in doubles for SCCC. They led the game 8-5.

On April 15 the tennis teams went up against Barton County Community College. Seward took two wins with both the Lady Saints and Saints taking home a wins.

The third ranked men’s tennis team in the nation won the day going for a record of 6-3 against Barton. The no. 1 doubles team Gabe Nery, Porto Alegre, Brazil, and Sander Jans, De Ronorborg, Netherlands, led in the doubles match 8-1. In singles, Nick Rousset, Plaisance, France, took the led in singles getting the job done in three sets of 6-4, 3-6, 10-6.

The Lady Saints are ranked No. 7 in the nation and also took a win on Monday. In doubles, No. 1 team Patricia Panta, Lima, Peru, and Maria Aveiga, Bahia De Caraquez, Ecuador, led the way by winning with a score of 8-5. In singles, Panta wiped up in two sets by holding her opponent to goose eggs, 6-0, 6-0. In the end, the Lady Saints took every match, winning 9-0.

Catch the tennis team as they play host for the regional tournament at Blue Bonet Park, Liberal, on April 18, time is still to be determined.