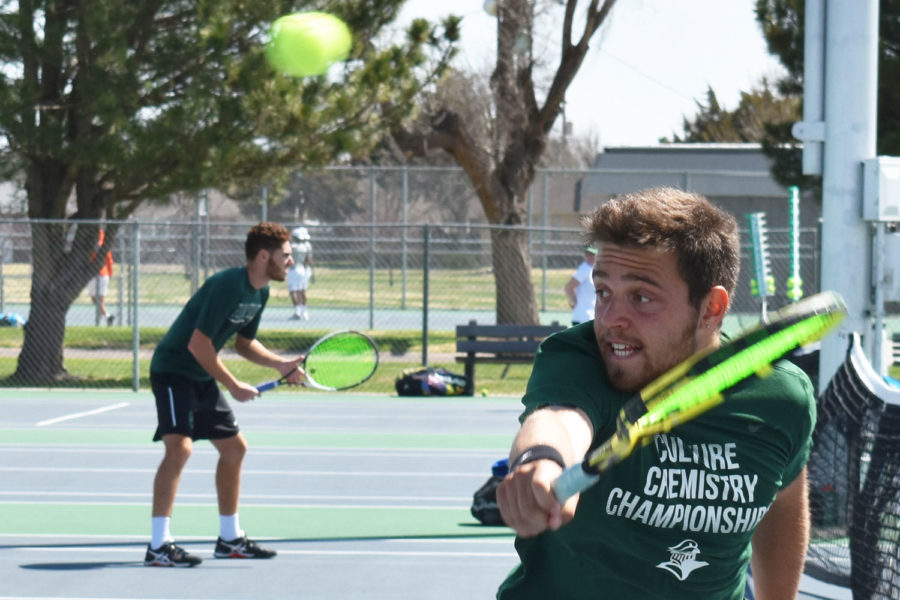 Gabriel Nery stretches out for the ball in a recent match against Bethany College. The sophomore from Brazil sat out a year due to a knee injury but has come back strong.

They are the unsung champions of the SCCC sports world – men’s and women’s tennis. They are consistently ranked in the nation. The fall season had three from the men’s team go to nationals and come away with titles for singles and doubles. The pressure is on for the spring season to bring home a few more national titles.

Meet three of the players in this video that are keeping up the SCCC tennis tradition – Gabriel Nery, Sander Jans and Patricia Panta.