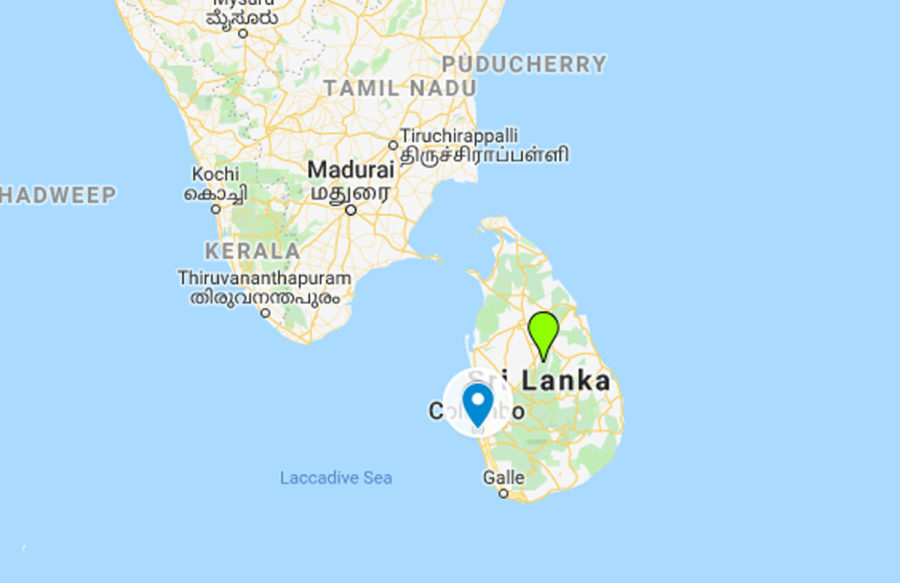 On Easter Sunday, Sri Lanka suffered from suicide bombings which took place in Catholic churches and hotels in Colombo, Sri Lanka. Up to 500 people were injured. SCCC economics instructor HIran Gunasekare grew up in Colombo, where the bombings took place. (Phot illustration)

Sri Lanka was at peace until Easter Sunday. Over the weekend, Sri Lanka suffered a severe tragedy, as bombs went off around Catholic churches and international hotels, killing over 300 people. Although Sri Lanka is thousands of miles away from the United States, it hit close to home for Seward County Community College  economics instructor Hiran Gunasekara.

Gunasekara teaches Micro Economics at SCCC and is originally from Sri Lanka. He grew up in Colombo, where many of the bombings took place.

“I have relatives and friends still living in Sri Lanka, so the first thing I did was call and made sure everyone I knew was safe, and they were,” the economics instructor said.

Three Catholic churches were hit by suicide bombers, as well as three international hotels at the same time, the Associated Press reported. Violence of this magnitude has been rare since Sri Lanka’s 30-year civil war that ended in 2009.

CNN reported that authorities had been warned of the attack days before and an investigation is currently being carried out.

“Sri Lanka doesn’t necessarily have the resources to handle these sort of things because of the weary government coming off of a civil war that spanned over three decades,” Gunasekara said.

Because three of the bombings took place at Catholic churches on Easter Sunday, these tragedies allegedly, have religious motives.

Sri Lanka is only 70% Buddhist, which makes Christianity a minor religion, making up only 7% of the population.

While over 300 people were killed, and that number keeps growing, at least 500 were injured in the attacks on Sunday.

“I’m interested in the reason of why this happened just as much as the cure for this. To really understand this, we need to address this way of thinking at the source and deal with it. You can’t get rid of hate but we try to eliminate people we hate,” Gunasekara said.

Two of the suicide bombers have been identified as prominent men in the Muslim community, Imsath Ahmed Ibrahim and Ilham Ahmed Ibrahim according to CNN news.

Tourism in Sri Lanka is still opened because tourism is the biggest contributor to Sri Lanka’s economy.

“My thoughts on this was that it was heartbreaking because these were innocent people that were hurt or killed and without any sensible reason why,” the professor said.