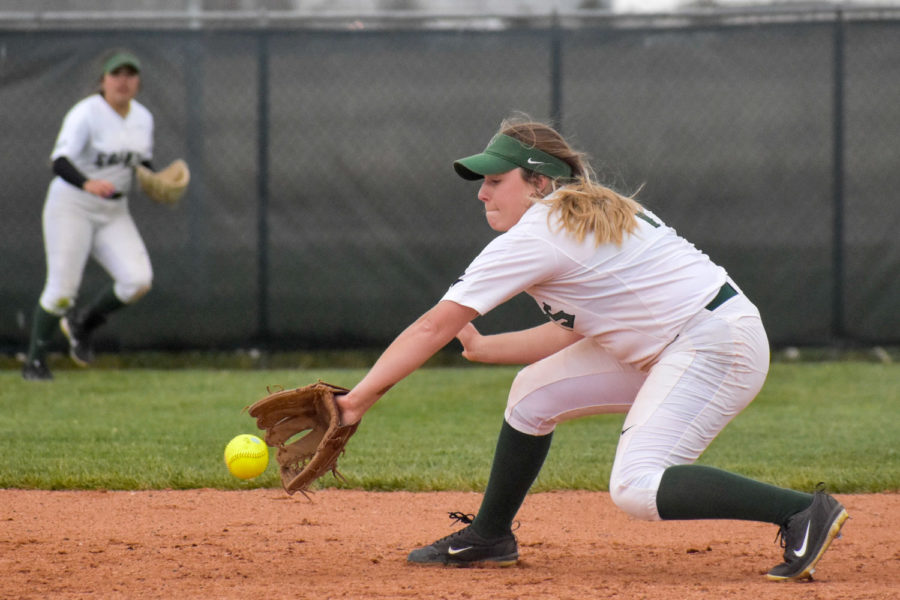 The Lady Saints are 18-29 overall but 14-12 in conference play. The Lady Saints won both games to Independence Community College on April 28 with 12-5 in the first game and 5-4 in the second.

The Seward County Community College softball team ended its regular season on a positive note with a doubleheader sweep at Independence Community College, 12-5 and 5-4, on Sunday. The Lady Saints finish 14-12 in the Jayhawk West and 18-29 overall.

Seward scored nine runs over a three-inning span to cruise to an easy win in the opener.

Madeline Owen went 3-for-5 with four RBI and Emily Mojica added three hits and drove in two runs to lead the Seward offense, which unloaded 15 hits against Independence pitching.

The Lady Saints snapped a scoreless tie in the top of the third with a five-run barrage. Owen had a two-run single and Jordan Cordrey, Nicole Nelson and Mojica each had an RBI single to account for the Seward runs.

After the Pirates scored a single run in the bottom of the third inning, the Lady Saints continued to pour it on with a pair of runs in the fourth and fifth innings to open a 9-1 cushion.

Independence rallied for three runs in the fifth inning to avoid the run rule. The Lady Saints added three more runs in the seventh and the Pirates scored once in the bottom of the inning for the 12-5 final score.

Cordrey picked up the win, allowing five runs on 12 hits, striking out three and walking one over seven innings.

Seward jumped out to an early advantage and survived a late rally to post a victory in the nightcap.

After Independence took a 1-0 lead in the first inning, Seward score four times in the top of the third to hold a 4-1 advantage. Cassandra Esquibel singled, Nicole Nelson walked and Miranda Nester singled to load the bases with none out for the Lady Saints. Nissy Lechuga followed by clearing the bases with a three-run double and Jaci Oakley capped the scoring with a sacrifice fly.

Seward added an important run in the top of the fifth when Oakley homered for a 5-1 advantage. The run would prove to be the game winner.

Independence tallied twice in the bottom of the fifth and scored a run in the seventh to cut the lead to one run, but could get no closer than the 5-4 final.

Lechuga and Oakley drove in all five runs for the Lady Saints, who also got a pair of hits from Nester and Nelson.

Alyssah Pontoja earned the win, scattering four runs on 10 hits and striking out one over seven innings.