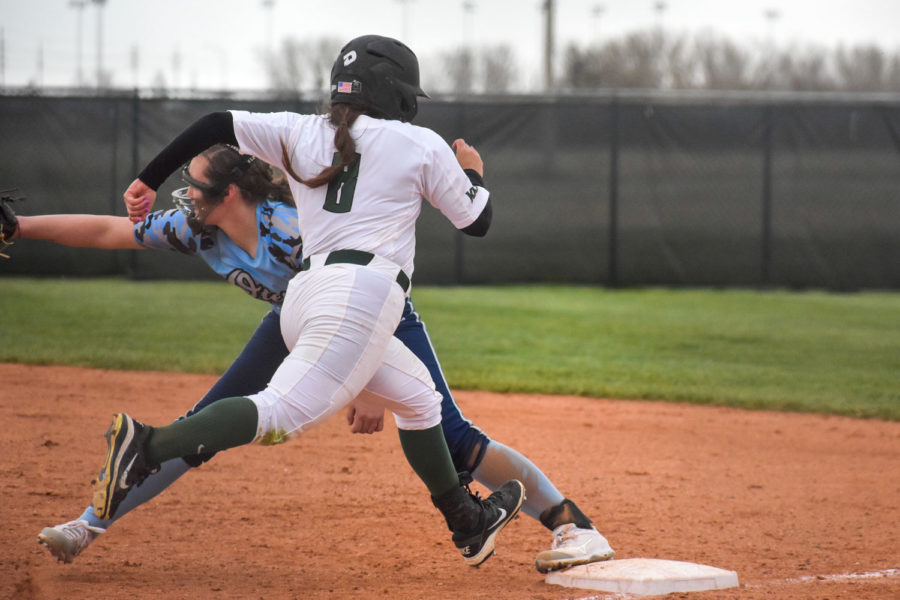 On May 4, Seward County Community Colleges softball team played in the Region VI tournament in Dodge City. The ladies played against Barton and Colby, losing 5-3 to barton and 12-9 to Colby. Seward finished the season at 14-14 in the Jayhawk West and 18-31 overall.

On May 4, Seward County Community Colleges softball team played in the Region VI tournament in Dodge City. The ladies played against Barton when they were ousted from the tournament, losing 5-3 in extra innings on Friday and falling short to Colby Community College, 12-9, on Saturday. Seward finishes the season at 14-14 in the Jayhawk West and 18-31 overall.

Against Barton, SCCC suffered a gut-wrenching 5-3 loss to Barton in eight innings in the first game of the tournament. During the seventh inning, the cougars tied the game at 3-3 on a two-out, two-run single. Barton won the game on a walk-off, two-run homer in the bottom of the eighth.

Seward made the lead hold up all the way through the bottom of the seventh inning. Barton tallied a run in the bottom of the third to cut the deficit to 3-1 and threatened throughout the game, but could not break through until the end.

Seward was out hit in the game, nine to two. Nicole Nelson had the only other hit, a single, along with Pontoja’s homer.

Against Colby, Seward rallied late but could not overcome a huge deficit in a 12-9 loss to Colby in an elimination game.

The Lady Saints were in a deep hole early as the Trojans held a 10-1 lead after four innings. Colby scored five runs in the first inning, two runs in the third and three runs in the fourth to amass its advantage.

Seward made a furious rally with an eight-run, fifth inning to cut the gap to 10-9. Nissy Lechuga had three-run double and Nicole Nelsondrove in two runs on a pair of singles to highlight the inning. Jaci Oakley added an RBI single and Jordan Cordrey chipped in with a run-scoring double. The final run of the inning scored on a Colby fielding error.

That would be as close as the Lady Saints would get as the Trojans tacked on two more runs in the bottom of the sixth to make it 12-9 and end the scoring.

Cordrey took the loss in the start, yielding five runs on five hits and giving up a homer in an inning of work. Alyssah Pontoja relieved Cordrey, allowing seven runs, four earned, on 13 hits and surrendering two homers over five innings.