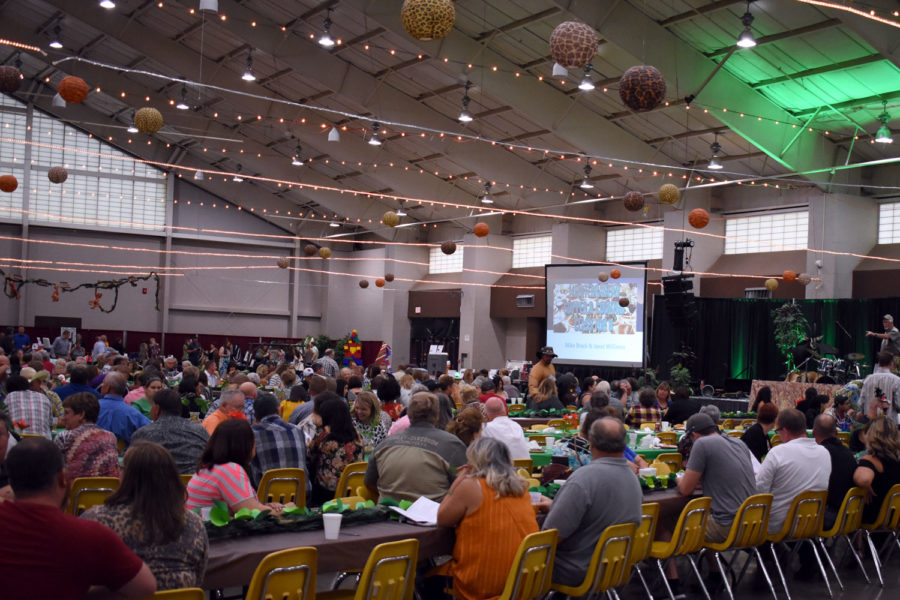 On Sept. 14, Seward County Community College held its annual foundation auction out at the Activity center. This year marks the 25th anniversary since SCCC started holding the auctions, where people can bid on certain items in which the proceeds go towards funding for scholarships for students here at SCCC. The foundation has not released the amount of money raised at the event yet.

“Well, we have many different kinds of items that sell pretty good-pretty much all of them. we had a pin flag from the Master’s 2017 that sold for almost $700, and there were some from trips to Mexico that sold for over $1,000,” chief development officer, Tano Tovilla, said.

“There were only two items that we didn’t sell out of the 320. That’s really good-that’s kind of a record for us. We were so proud, usually we keep three, four to five items. This time we increased the lot by 50 items, and we didn’t sell less than previous years,” Tovilla said.

The auctions usually offer odd items that people wouldn’t bid on. This year was no different. Everything from office chairs, desks and church benches, outdoor furniture, such as a gazebo, were all up for grabs during the auction. But odd items weren’t the only objects on the menu, there were also valuable souvenirs present at the auction such as a signed baseball bat and glove that Kelby Tomlinson used when he was playing for the San Francisco Giants.

“Every year we’re trying to find different and more interesting items [for the auction], and this year I think we nailed it,” Tovilla said.

The official numbers of how much money the auction raised for scholarships isn’t available yet, although Tovilla promises that they’ll be out shortly for everyone to see.