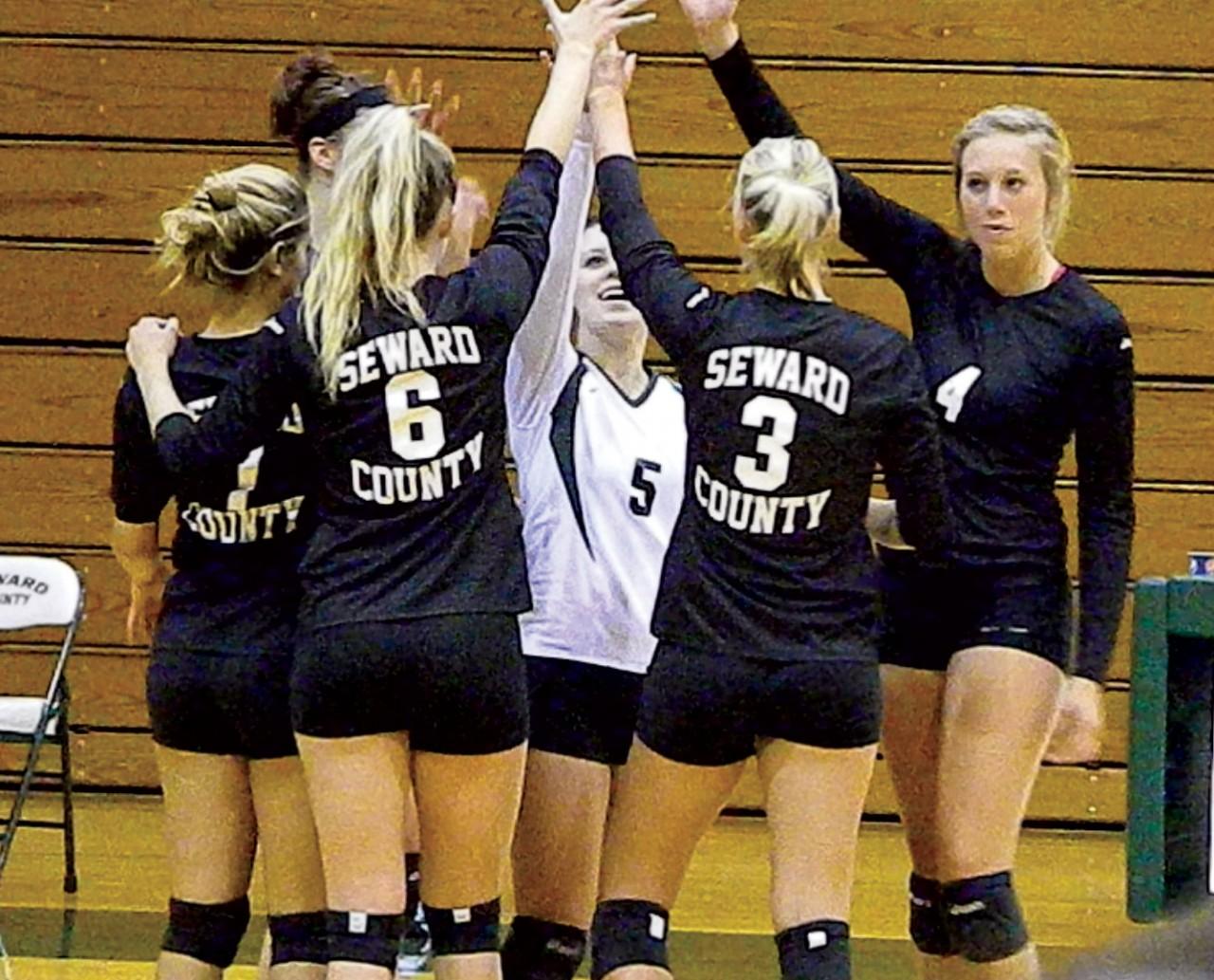 The Lady Saints won big Monday night, in their second home game of the season against the Broncbusters of Garden City, making their overall record a remarkable 10-1. The Lady Saints wasted no time in the first of three sets. Starting the set with a 2 point lead with the intention of never looking back, and it prevailed. Perfect execution, few mental errors, and a tremendous amount of team work is what paved the way for the Lady Saints. “It’s always a team effort,” hitter Courtney Geesing said. “Without a good pass or a good set, I’m not gonna get anything done, so I’m very greatful.” Geesing had an excellent night against the Broncbusters and hopes to carry her performance over to Wednesday’s game against Dodge City. The second set started out pretty even, but just as they did in the first, the Lady Saints took a quick lead. Despite letting the Broncbusters hang around with them for what seemed like a drawn out set, they eventually won with a score of 25-14 after Bailey McFerren blocked a Garden City ball. “I could’ve done better,”McFerren said, “It was definitely a team effort.” It was definitely a much needed team effort, as Daiane Souza sat on the bench due to a minor injury. But nothing is going to keep her off of the court. After a short intermission, the Lady Saints emerged from the locker room determined to defeat the Broncbusters in only three sets. With a 2-0 lead, the Lady Saints were plagued with a questionable call. “They happen, and unfortunately we have to deal with them.” coach Luallen said. Shrugging off the officials error, the Lady Saints played with their trademark “No Excuses” attitude and went on to win the set. The Lady Saints have soared through their first 11 games, and the expectations could not be higher. “I think this year, is the year,” volleyball fan and advising coordinator Patsy Fischer said. Being ranked number 13 in the nation, the Lady Saints are rolling into every game like a freight train, and look to never be derailed.