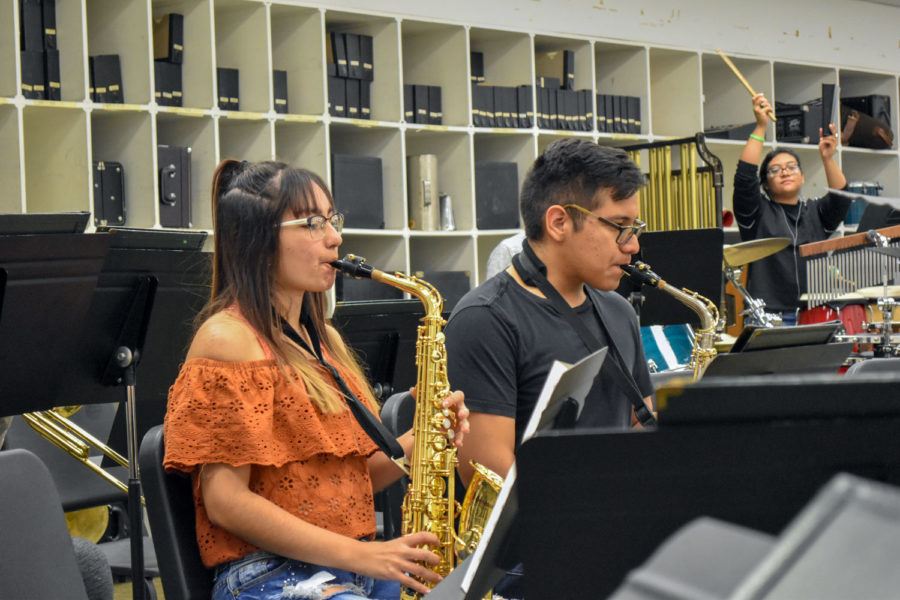 A community jazz band has been formed on the Seward County Community College campus. Music major students, Ruby Molina, Miguel Armendarez, Rebecca Irby, and Manuel Villalobos, have organized an opportunity for the community to join in and play music with SCCC musicians.

“I think it’s really nice that a group of students had the idea and are taking the initiative to start this group,” Workman said.

Band leader Villalobos and freshman member Molina are also really excited for the jazz band to grow and continue.

“Having fun is what I’m looking forward to and to bring something new to the community,” Villalobos said.

“I like jazz because of the different styles and how people interpret the music. Even though the music is written, you can always change it up and make it your own,” Molina said.

In addition to the community, the SCCC jazz band reached out to high school students to join the group. Liberal High School junior, Gustavo Durado, said he is excited to play with new and more experienced people, and other high schoolers that share the same sentiment.

“I’m excited to play with some of my friends that have already graduated. And the music we are playing is really cool,” Liberal High School senior, Alex Perez, said.

While the jazz band has not yet announced any performances, they are currently rehearsing.

“Right now, we don’t have any performances scheduled, but I’m hoping to have gigs around the community, and maybe have our own concert this semester,” Villalobos said.

The community jazz band rehearses Thursday evenings at 5 p.m. in the band room on campus. Villalobos welcomes anyone that has an instrument and can play to join.