Students shocked that 'something like this' happened in Liberal and surrounding communities. 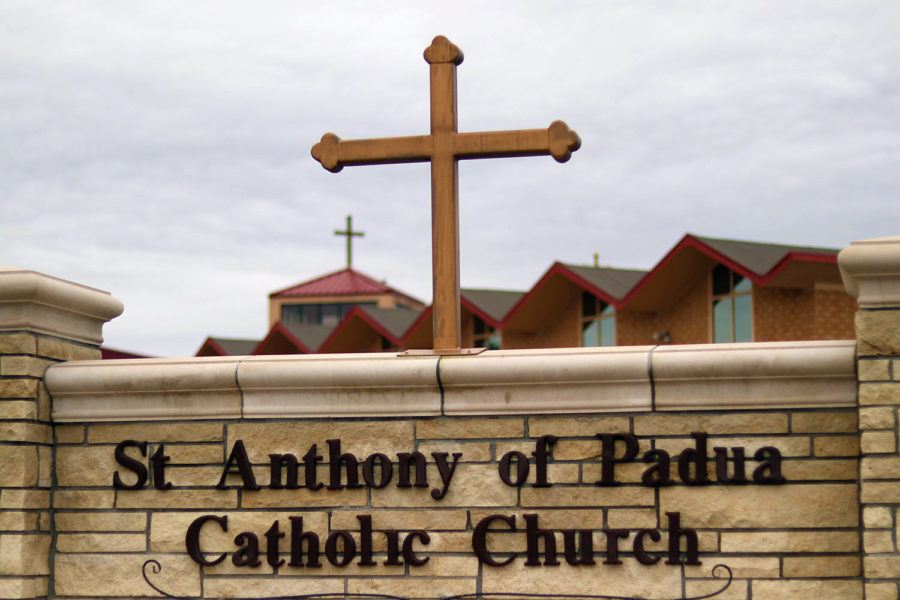 The Catholic Diocese of Dodge City has released its list of priests with substantiated allegations of sexual abuse of children. Liberal's St. Anthony of Padua Catholic Church was mentioned in the report, however, the priest left the parish in 1994.

The Catholic Diocese of Dodge City released a list of priests accused of sexual assault all over the state of Kansas. One of these priests, who is now deceased, served at St. Anthony of Padua Catholic Church in Liberal. More priests were identified in other areas of Southwest Kansas.

Elkhart, Hugoton, Ulysses, Satanta, Plains, Meade and Garden City also had former priests accused. According to KSN News, retired Kansas District Judge, Robert Schmissuer, reviewed more than 600 files regarding abuse allegations against deacons, priests and seminarians. The auditors for the report said most of the priests  listed are either deceased or no longer in the ministry.

Seward County Community College students weren’t exactly shocked at the news. It was still hard to believe, however, especially since it happened in the college’s backyard. Jacqueline Avalos, Liberal nursing major, said that she is not surprised this happened because it seems to happen everywhere in the States.

“It’s good that the diocese has released this information because the people deserve to know what’s happening. Obviously, it’s not good for the church’s reputation,” Avalos said. “Nobody in the church ever talks about it, so it needs to be talked about.”

Many of the allegations in this report were from years ago, even as far back as the 1970s. Magda Silva, vocal music instructor, remembered rumors of these type of things happening when she grew up.

“I had heard stories of issues in the catholic church, but they would handle it ‘in-house.’ If something was said about a priest, they would be moved to a different location, so it was hard to find the wrong-doers,” Silva said.

Dulce Perez, freshman music major and a practicing Catholic, said it’s suspicious when priests are moved to a new location when a he does something wrong.

“I think it should be handed over to the law once they have the evidence,” Perez said.

The audit included the identification of substantiated allegations of sexual abuse of a minor by members of the clergy or a seminarian. The auditor’s findings have been shared with the Kansas Bureau of Investigation and the Kansas Attorney General.

Click on the map to see details released by the Catholic Diocese of Dodge City:

Dodge City Bishop, John Brungardt, issued a letter of apology to the victims.

“I apologize to victim survivors of child sexual abuse, especially those who were abused by priests and seminarians of the Catholic Diocese of Dodge City. You have suffered from this terrible sin. I beg your forgiveness. I pray our Lord Jesus will give His healing love to you and your families.”

The Dodge City Diocese announcement included a message to anyone who suspects abuse.

First, call 911 if a child is in immediate danger. If you suspect abuse, you can make a confidential report to Kansas Department for Children and Families Protection Report Center, 800-922-5330, or to the KBI Hotline, 800-KSCRIME, 800-572-7463, or by emailing [email protected]

There are resources available on campus, too, through the LARC DVS counselor, Maria Munoz. Her office is located in the student services department.

“I’m here for anybody who wants to talk. Everything is free, confidential and voluntary. I don’t report to the college, although, if a student discloses what happened to a professor, everyone employed by SCCC is mandated to report what happened,” Munoz said.

The Dodge City Diocese is the last of the four dioceses in Kansas to release its investigation.