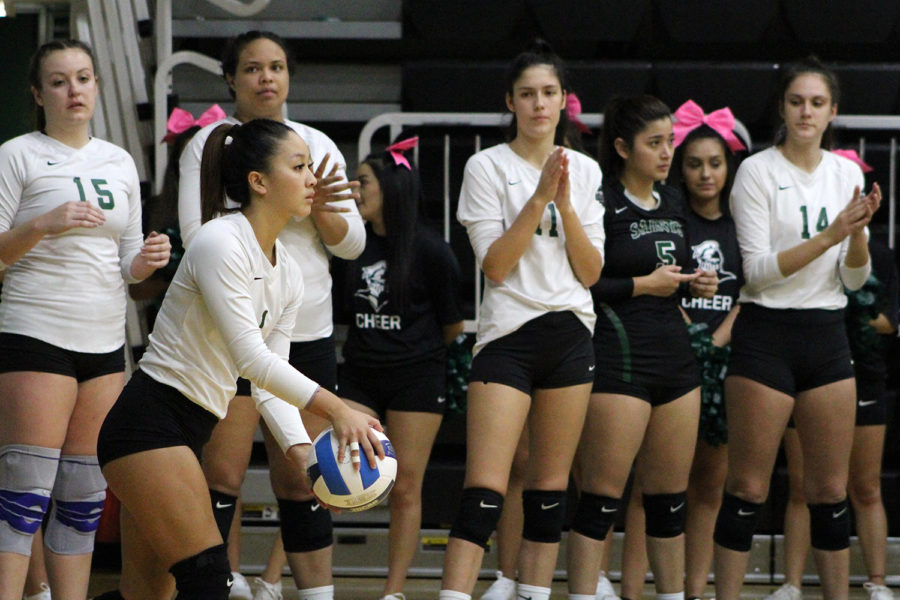 The Lady Saints cheer for a rally to start as Seward sets to serve. The women are undefeated in the Jayhawk Conference West.

In Garden City, the Lady Saints swept the Broncbusters in three sets: 25-8, 25-13 and 25-13. The win kept Seward undefeated in Jayhawk West play and continued their streak of winning conference games in three straight sets.

Yanlis Feliz  had a strong night, showing why she was picked the NJCAA player of the week. The freshman from the Dominican Republic hit 14 kills on the night and worked it hard away from the net with 11 digs.

Against Independence, the ladies started out a bit slower than normal but came away with a 25-16 win. They won the remaining sets 25-10 and 25-12.  Feliz with a first set-high five kills. She also scored six points in a row during the second set. Freshman Ariana Arcinega had 13 kills and four blocks for the night while Thais Vieira chipped in with another three for the Lady Saints.

The Lady Saints remained a perfect at 10-0 atop of the Jayhawk Conference and 16-2 overall throughout the fall break. They return to action tonight, hosting Hutchinson Community College at 6:30 p.m. at the Greenhouse.