A Feliz Navidad with the Silvas 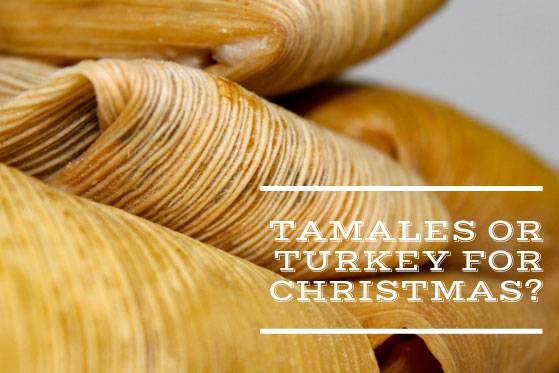 Freshman Oscar Silva mashes two cultures - Mexican and American - together to come up with a third one that fits him perfectly. For him, this third culture can best be summed up by Christmas dinner - Tamales or Turkey?

Brisk air and frost covers the dim glow of Christmas lights outside, hanging on the tin roof of a house. Inside the house, a decorative plate that holds a 20 pound turkey would not be seen. Instead, on the dinner table that’s covered in a plastic tablecloth, would be a plate of tamales and a boiling pot of menudo.

Oscar Silva, a freshman computer science major, and his parents, Irma and Jesus, have a different take on Christmas. For the Silva family, Christmas has always been a mixture between the American and Mexican cultures he grew up in. In Southwest Kansas, both cultures exist side by side, even in the same household. National Hispanic Heritage Month sets aside time each year to recognize this cultural mashup.

The Silvas make a “muy Feliz Navidad” for their family by focusing on things that are similar between the two cultures for the celebration. For them, it includes Christmas trees, presents and Santa Claus.

“Many people believe that Mexican and American cultures are opposite, including the holidays, which isn’t the case,” Oscar Silva said. “Even as a little boy, I waited for the legend of Santa Claus just like any other kid in America.”

Oscar Silva remembered staying up at night, worrying about not having a chimney for Santa Claus to climb down through.

“My worrying didn’t clear up by morning because I never had presents under the tree. I thought Santa wasn’t able to make it into my house so he just skipped over me,” Oscar Silva said. “Looking back on it now, since my parents grew up poor and didn’t have the luxury of waking up to presents, it just wasn’t passed on as a tradition in my family.”

Although Oscar Silva stated that there were many similarities between the cultures, he brought to light two major differences. These are the heavy Hispanic traditions that are still prominent, even though the last visit to Mexico occurred in 1990.

The food and the Christmas events are accented Mexican culture that will stick through time. The lack of turkey and the nine day ritual of the Posada helped create a different atmosphere in the Silva house on Christmas day.

“A Posada is when a group of us girls would get together and reenact Joseph and Mary looking for a room to birth their soon to be baby,” Irma Silva said.

Irma Silva added that a Posada was not just women, but the city of Rolla was so small that about only 10 ladies wanted to be involved. Irma and her family try to center their Christmas on the birth of Jesus, instead of making it a hallmark Christmas.

“This would really highlight the differences in the cultures. I would say that a Mexican Christmas isn’t so commercialized. Inside my house, we don’t have decorations of Santa or snowmen,” Irma Silva said. “Instead we just have Christmas lights so we don’t stray away from the true meaning and Posadas help us in that way.”

The second major difference from American and Mexican cultures would be the food. Oscar Silva stated that he would have never known about turkey or ham as a Christmas meal if it wasn’t for his American friends. He remembers that his favorite meal would be his mom’s tamales, especially since she only made them for Christmas because she hated the long process of  making the tamales.

Oscar Silva remembers his nose being filled with smells of maseca and chili rojo. He stated that he is glad that his Christmas tradition is different solely because he does not enjoy turkey. Even though Silva did not include turkey in his family tradition, he did bring the tradition of opening presents from under the tree.

“I don’t know if other Hispanic people already had these traditions or if my family did not pass them onto me because they grew up so poor in older Mexico,” Oscar Silva said. “Overall, I think my Christmas comes from both Hispanic and American cultures and I think that is what makes my Christmas so unique and enjoyable.”

Oscar Silva does not mind having a different culture – a kind of third culture that mashes up what his parents grew up with and what he knows in the States. The freshman said the combination of the two cultures makes life interesting and helps expose him to new things, keeping an open mind. But, above all, Oscar Silva is thankful that he will always have tamales for Christmas.