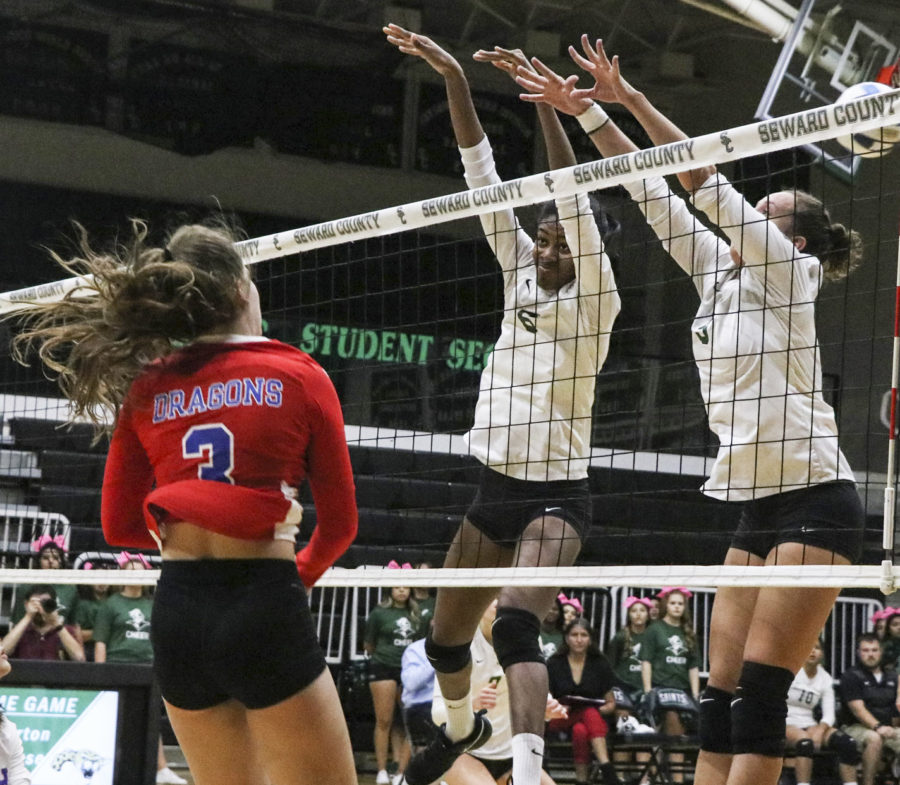 Mesalina Serverino, freshman, and Djuly Schmorantz, sophomore, get a block against the Lady Dragons and stops them from scoring.

Hutchinson Community College did what no other team in the Jayhawk Conference West has done this season — win one set against the Lady Saints. That’s their only claim to fame for the night, though. The Seward County Community College volleyball team won the game 3-1 and kept the home game streak going at 50 straight wins against conference opponents.

The conference rival game always brings high emotion and good volleyball to the greenhouse. The Dragons took a bite out of the Lady Saints by winning the first set, 25-23. The back-and-forth game was a wake up call for Seward. They smashed the other three sets in quick succession with scores of 25-8, 25-14 and 25-6.

The Lady Saints were led in kills by Yanlis Feliz with 15. Mesalina Severino added eight kills with a solo block and a team-high seven block assists. Laura De Pra, who is averaging 13 assists per set, chipped in with 52 assists in the match, her second most assists in a single match this season.

The nationally ranked Lady Saints, No. 3, improved their record to 11-0 for conference play and 17-2 overall. Seward heads to Council Bluffs, Iowa over the weekend for a tournament at Iowa Western Community College.