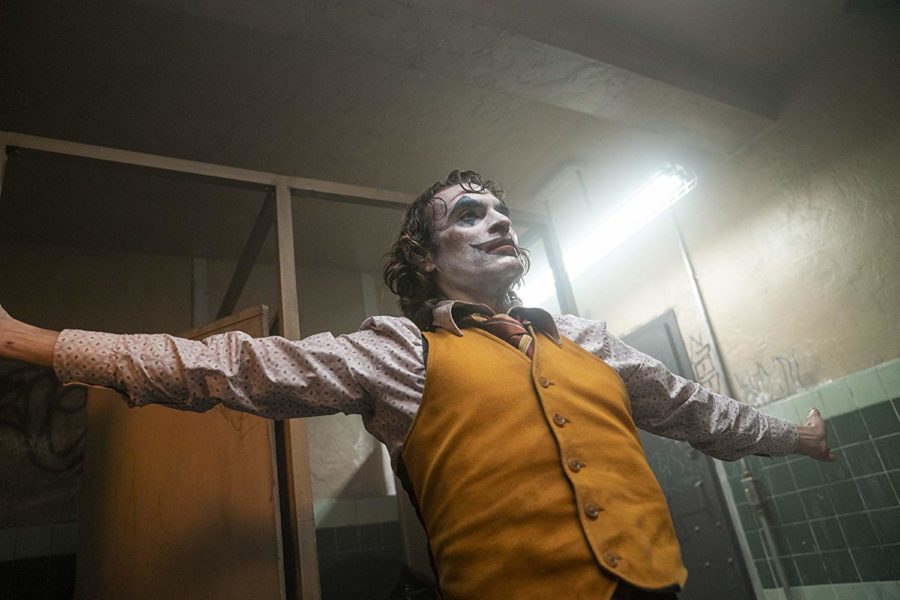 The DC comic based film, "Joker," was released to theaters on Oct. 4. The movie has a cumulative worldwide gross of $272 million.

If I had to describe the movie “Joker” in one word, it would be: INTENSE! On Oct. 4, the DC comic based film about the infamous Joker, was released in theaters by Warner Brothers.

The movie takes you on a trip about the life of a failed comedian named Arthur Fleck. He feels different and very isolated from the world around him. Within very intense and raw scenes, Fleck discovers secrets from his past. He learns about his mental illness and most importantly—how he became Batman’s nemesis.

Joaquin Phoenix did a phenomenal job portraying Fleck – aka the Joker. In my opinion, it is by far the best portrayal of the Joker to be put on the big screen. Phoenix actually made me forget I was watching a movie based on a villain.

While the movie was great, I did leave the theatre with a few concerns. I wondered if gun-violence and mental illness was being glorified too much. During violent scenes, audience members seemed excited and were laughing. Whenever Fleck had a mental breakdown or a severe reaction, people had their eyes glued to the screen.

Are we becoming immune to squirmy scenes of full-on murder scenes? Are we using mental illness for our entertainment? These questions kept coming up in my head during the gut-wrenching scenes.

Suddenly at the end, when the movie hit its ultimate peak, I thought to myself, “This is a prequel to a superhero movie! This sets the scene for everything that we’ve already seen.” Then I let loose a little with my criticism.

But honestly, I think we could use this movie as an example for both mental illness and gun violence, bringing some awareness to it. It’s a perfect example of how when someone with severe mental illness is not treated or helped, they can have a bad response, like Fleck.

Close to the end of the movie, it also displays a lifestyle where violence has taken over. In present-day America, we live in a world full of fear based off of hate crimes and gun-violence. Where if we don’t take action now, we could end up in a world much like what we saw in “Joker.”