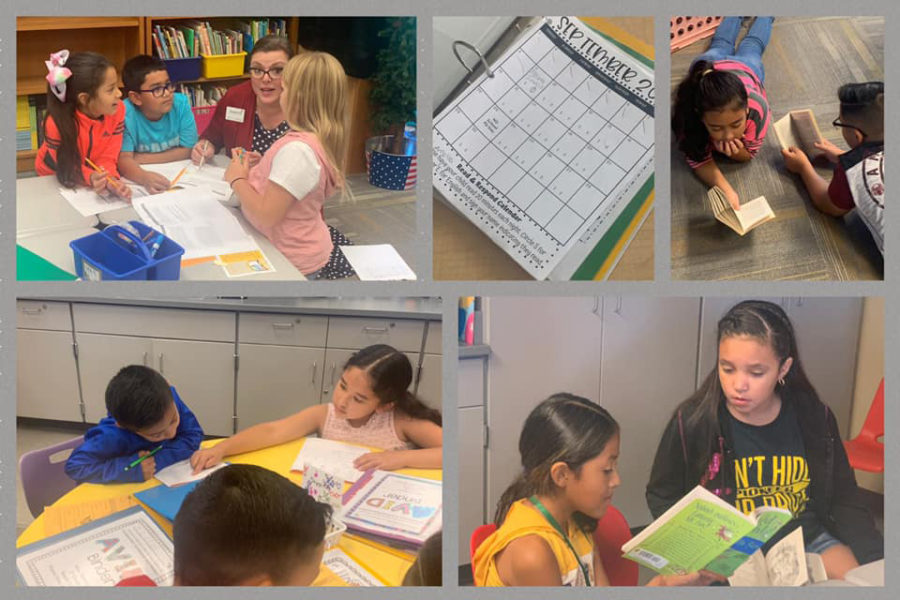 Pioneers students read daily and take home some books home to read to their families. As part of the Prairie View Elementary School dual-language program, students may read in English or Spanish.

Students spill into their seats and hear “class take out your pencils.” The next day they hear “clase saquen sus lapices.”

“Our program right now is limited to just kindergartners, but they learn both English and Spanish, and the goal is for the students to be biliterate by the 5th grade,” Veronica Nevarez, instructional coach at Prairie View, said.

The program originated in 2005. Prairie View administrators hope for the program to expand to grades kindergarten through 5th grade.

Administration at Prairie View believe that having a program that promotes bilingualism will allow higher employability for students in the future.

“One of the benefits of this program is that there is a need for Spanish speaking professionals in Liberal instead of just interpreters, and this program explores both languages,” Nevarez said.

According to the Census Bureau, Liberal is made up of 61.2% Latino people. The national average is 18.3%, three times less than Liberal. Spanish is already everywhere in town. Business Insider recently named Liberal one of 22 cities in America that have more Spanish speakers than English. Liberal is the only city in Kansas included in this statistic. Business Insider stated that in Liberal, 53.6% of people speak Spanish.

Nevarez also believes that the program helps introduce students to different cultures and allows Spanish speaking students to connect with their heritage in a positive way.

Additionally, some students who struggle with English, or do not speak it home, learn the language more easily through the dual language program.

“My oldest son knew very little English and went through the dual language program. After, he was able to understand it easier than if he were put into a non-English speaking class,” Nevarez said.

Assistant principal, Larry Moore, said that dual language programs can allow for inclusion and help to integrate both English speakers and Spanish speakers.

The dual language program also provides students with literature from Latin American culture and the meanings behind everyday Hispanic words and phrases used commonly in the Liberal area.

Not only does the program integrate and include aspects of Hispanic culture, but also bridges the academic gap between the students.

“With dual language programs, we are able to keep the students learning together, which allows for enhanced creativity and analytical thinking,” Moore said.

Nevarez stated that the majority of their students leaving the dual language program leave with a reading level higher than average.