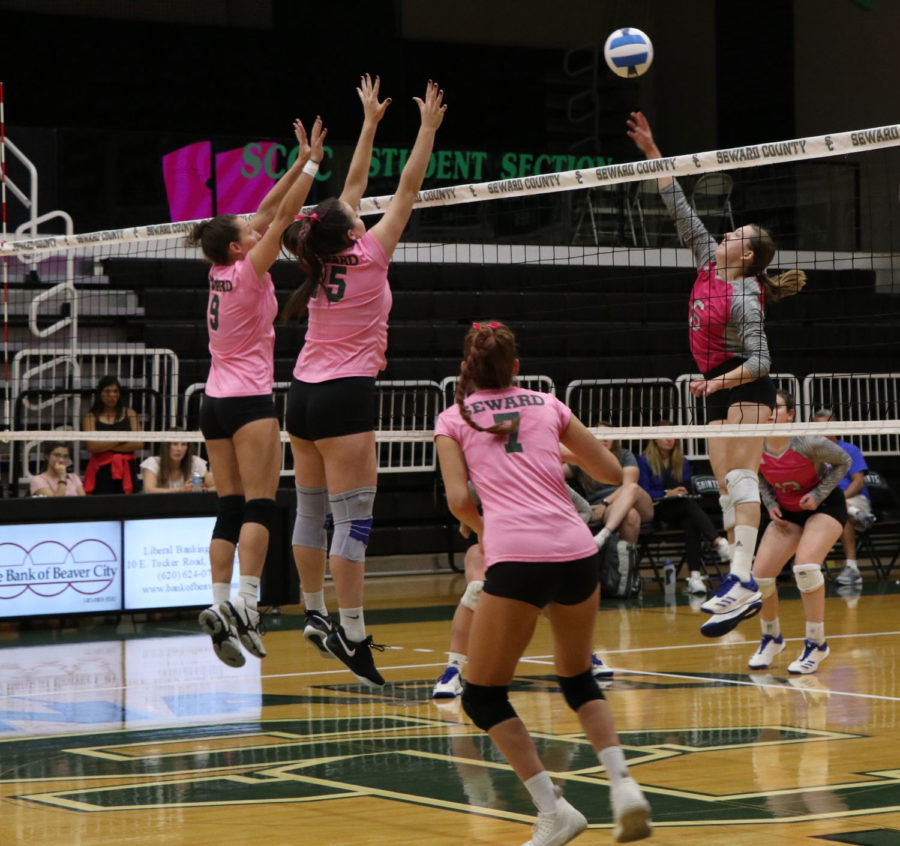 Sophomores Djuly Schmorantz and Thais Vieira deny the lady cougars a hit into their side of the court. Sophomore Laura De Pra recovers to help waiting for a sneaky tip.

The No. 3 Lady Saints were on a roll Oct. 19 in the greenhouse, winning three straight sets against Barton Community College. The ladies asserted their dominance in the Jayhawk Conference with first set ending with a score of 25-17, the second followed by a score of  25-13 and lastly 25-16 in the third. This would be their 52nd conference win in a row.

Yanlis Feliz had 21 kills, Mesalina Severino had eight blocks and seven kills, Laura De Pra added 40 assists and Grecia Soriano and Ariana Arciniega had 10 digs each to pace Seward in the match.

The Lady Saints also wore pink uniforms to bring awareness to breast cancer. Donations were solicited for breast cancer research during the game.

The Lady Saints will play against Garden City Community College Oct. 21 in the greenhouse at 6:30 p.m.