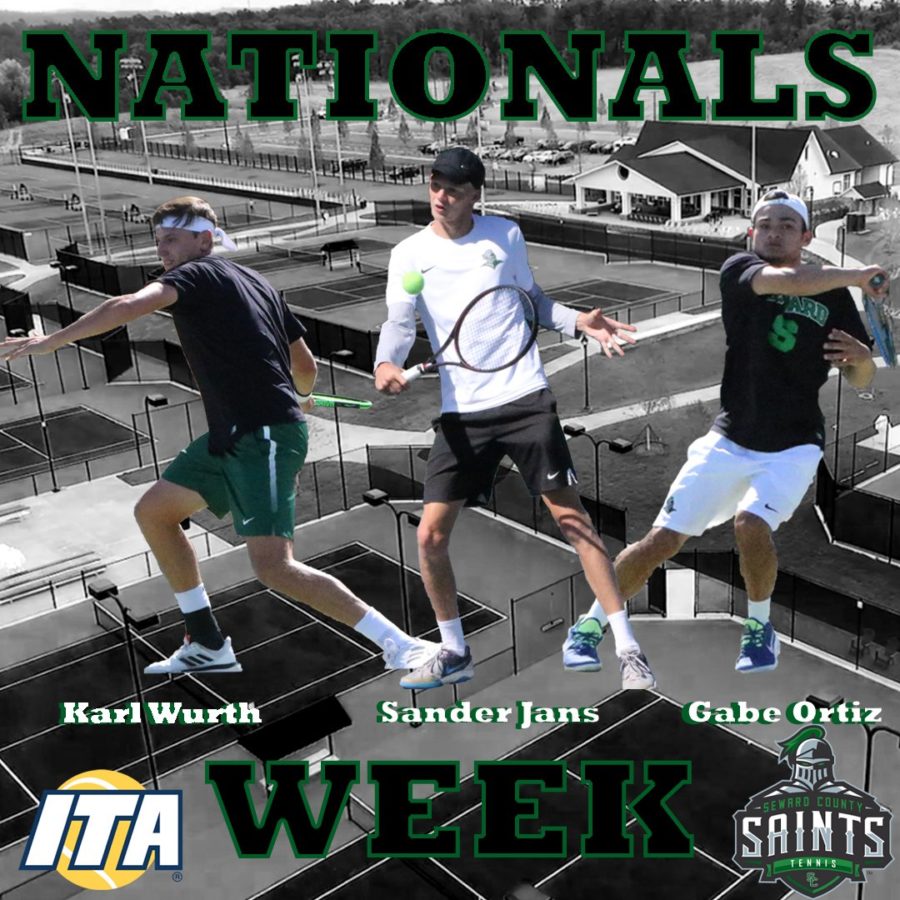 The championship game for singles was hard fought between the two SCCC players. They had to play each other to determine a champion and runner-up.It was a rematch from the regional tournament. Ortiz came away with the win over Jans at 6-4, 6-0.

In the doubles draw, Wurth and Jans lost in two sets, 6-7 and 3-6. They come home with the runner-up trophy.

This would be the first time in school history that two Saints compete against one another for a National Championship in singles.

ALL SAINTS NATIONAL CHAMPIONSHIP!! Sander Jans and Gabe Ortiz both win their semifinals match 6-3, 6-3! First time in school history that two Saints will compete against one another for the National Championship in Singles! @ITA_Tennis @KJCCCmedia #GoodToBeGreen #SCCCSaints pic.twitter.com/QZfaYGlod8

— Seward County Saints (@SewardSaints) October 18, 2019
For the doubles matches, Jans and Wurth won 7-5, 7-5 in the first round, which moved them up to semifinals. The team won 6-3, 6-2, and moved  onto the National Championship for doubles.

Ortiz successfully won in the singles JUCO National Championship, defeating his teammate, Jans. The game ended with a score of 6-4, 6-0.

However, Wurth and Sanders lost in the National Championship, 6-7, 3-6 in the doubles draw.

Karl Wurth and Sander Jans losing in the National Championship 6-7, 3-6. What a great Tournament for both of these student athletes! Congratulation on an amazing run! #SCCCSaints #GoodToBeGreen pic.twitter.com/G3hmTjk8rq

SCCC left the championship placing first and second in the singles draw.