5 movies to start your Halloween off right 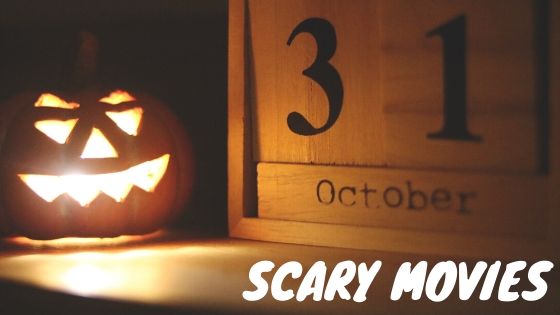 The best part about halloween is leading up to Oct. 31 and watching scary movies. For some reason, they are scarier than during the rest of the year.

Even more essential than the activities of pumpkin carving or trick-or-treating on Halloween, is the tradition of curling up under a blanket with a cup of hot chocolate and watching a good scary movie.

However, you can’t just watch any scary movie on (or leading up to) Halloween! Here’s my personal list of movies that I think should be required viewing for a happy Halloween every year.
1. “Halloween” (1978)
“Halloween” is one of the most classic Halloween horror films to ever exist and one of the most important slasher films of its time. It’s a must watch for me and my friends every year.

Without giving away too many spoilers (if you somehow haven’t already seen this movie), I’ll tell you that the film centers around a boy, Michael Myers, who kills his sister on Halloween night in 1963. Appropriately, Myers is remanded to a mental institution, but escapes 15 years later and returns home to wreak havoc for a second time.

This movie isn’t exactly the scariest movie to ever exist, but it’s a Halloween favorite, and it’s creepy enough to have you double checking that you locked your doors and windows for the night after watching it.
2. “Coraline” (2009)
“Coraline” might not be what comes to mind for most when they think of Halloween horror movies, but for me and my friends, this film has become the go to option.

“Coraline” is about a young girl, Coraline Jones, who moves into a new house where it rains all the time and her parents are perpetually distracted by their work. Growing bored, Coraline decides to explore her home and finds a secret passageway that lead her to a (creepy) alternate reality and an (even creepier) alternate version of everyone in her life.

This movie is definitely more creepy than scary, but the uncanny characters and scenes reminiscent of nightmares are enough to keep you up at night with gratitude for your mundane life weighing heavy on your heart. And, if you’re like me, it’ll leave you with a healthy fear of secret doors and passageways that might just spare you some unnecessary trauma.
3. “The Conjuring” (2013)
Unlike the previous entries on the list, “The Conjuring” is a truly horrifying movie, but it’s still perfect for a Halloween movie binge with friends–especially if you’re looking to get really scared.

The movie follows real-life paranormal investigators Ed and Lorraine Warren (who are portrayed by actors) in their quest to deliver a terrorized family who just moved into an old farmhouse from a powerful demonic entity. Pro tip: don’t move into an old farmhouse. Ever.

In all seriousness, this movie is, in my opinion, one of the only modern demonic possession films that’s done right. It’s terrifying without being over the top, and the escalating paranormal events leading up to the climax of the movie create a sense of true horror for viewers when everything finally goes down between the demon and the Warrens.

If you’re sensitive to possession movies, then I wouldn’t recommend this one, but if you’re into the whole demon thing, “The Conjuring” is a must watch.
4. “Halloweentown” (1998)
On a more light hearted note, I’ve included “Halloweentown” as a must watch for the sheer nostalgia factor alone. If you’re over the age of six or seven, this movie will not scare or even creep you out. However, like I said, the nostalgia associated with this movie for me and many others my age is enough to put it on the list.

“Halloweentown” is about a young girl named Marnie that discovers that she, like her grandma, is a witch. She then must save a town full of her fellow supernatural beings from a dark force.

I’ll be honest–if you’re not within or near the traditional college student age range, you’re probably not going to enjoy this movie. It’s a Halloween themed comedy for kids that even most kids nowadays would find too tame. The only thing that makes it worth watching is the good memories it inspires for those that watched it as kids on Disney channel every Halloween growing up. And, of course, you can count on the fact that Disney will be streaming it again this year.
5. “The Exorcist” (1973)
For this film, I want to start by saying that it isn’t for the faint of heart. At all. This movie is widely regarded as one of the scariest movies of all time for a reason. If you and your friends are truly prepared to be scared on Halloween, though, then I recommend it. Also, huge language warning–if you’re opposed to the use of foul language or grand displays of religious blasphemy, then don’t even try to watch this movie.

“The Exorcist” tells the story of a young girl, Regan, who becomes possessed by the devil and acts out in horrifying ways. Like any good parent, her mother calls an exorcist to try and expel the demon, though the removal of the entity doesn’t come easily by any means.

This movie is the “OG” demonic possession movie from which all other possession movies seem to borrow inspiration. As a child, this movie definitely traumatized me, but that’s why it’s on the list. If you’re looking for that perfect film to properly freak you out on Halloween night, then look no further. This movie outdoes all others in terms of scariness–just don’t watch alone.