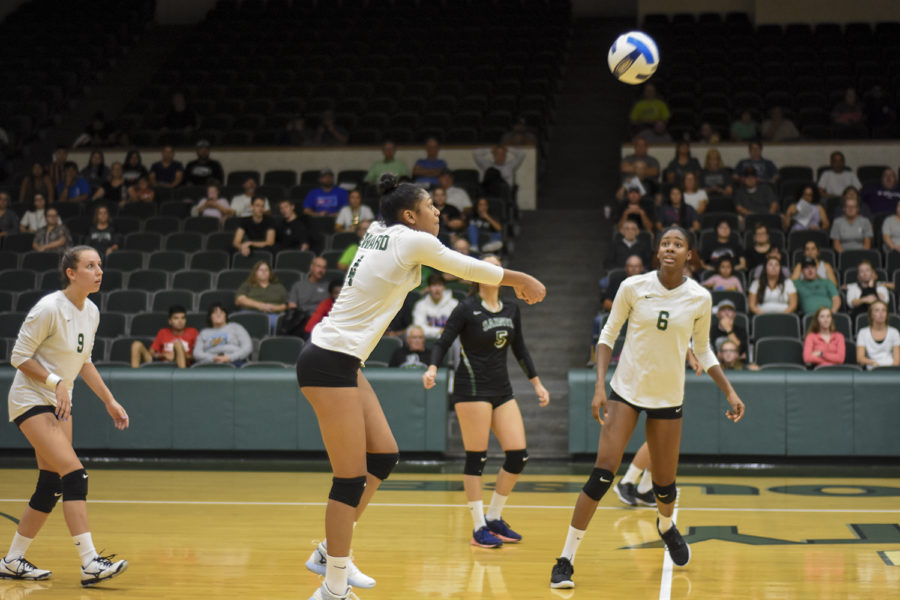 The Lady Saints played against Pratt Community College in the greenhouse on Oct. 23. Their record advanced to 15-0 in conference play and 24-2 overall. This would be their 54 win in a row and 16 in the season.

The Lady Saints have captured their fourth Jayhawk West title on Oct. 23 in the greenhouse. The saints played against Pratt Community College while cruising past them with sets ending in scores of 25-9, 25-10 and 25-8. The win combined with a loss by the second-place Colby Trojans secured SCCC’s title.

The Lady Saints improved to 15-0 in conference play and hold a two-game lead over the Trojans with one game remaining. Seward extended its conference winning streak to 54 games and stretched its overall winning streak to 16 games. It was head coach Tony Trifonov’s second conference title in as many seasons at Seward.

The Lady Saints showed control over the game during the first set and would continue to throughout the night. The same was apparent in the second set but the Beavers tried to catch up to them, 12-7. The Saints did not let the Beavers catch up too much and ended the set 25-10. During the third set, the beavers did not catch a break, taking a 14-1 lead and outscored Pratt the rest of the game.

In its regular-season finale, Seward travels to Colby for a 2 p.m. contest on Saturday. While the Jayhawk West has already been determined, the Lady Saints will still have something to play for with another perfect conference season on the line. The last time Seward lost a conference game was at Colby on September 28, 2016.