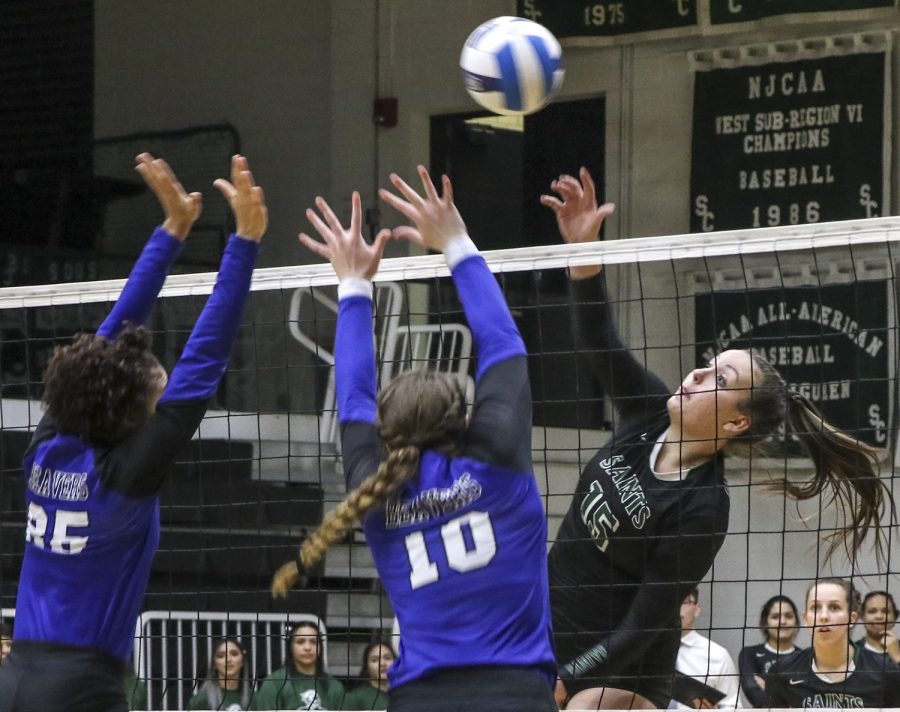 The Lady Saints advanced to the semi finals on Nov. 5 when they won three straight sets, 25-20, 25-13, 25-9 in the first round of the Region VI playoffs. The Saints played against Pratt Community College. Despite beating Pratt rather easily twice during the regular season, Seward found itself it in a dogfight early.

The Saints tied four times in the first set with the Beavers giving the Lady Saints all they could handle. Pratt moved to within 15-14 before Seward went on a 5-1 run to open a 20-15 lead and finish up for the win.

Entering the second set, the Lady Saints stormed out to an 11-2 advantage and the Beavers could not recover. The margin ballooned to 20-10 and Seward cruised to the victory.

In the third set, the Lady Saints, once again, jumped out to a quick lead at 9-1 and never let up. The Lady Saints used a 12-2 run followed by an 8-2 spurt to seal the win and sweep the Beavers.

The Lady Saints advance to the semifinals and will play the Hutchinson Blue Dragons at 12:00 p.m. on Sunday at the Greenhouse.