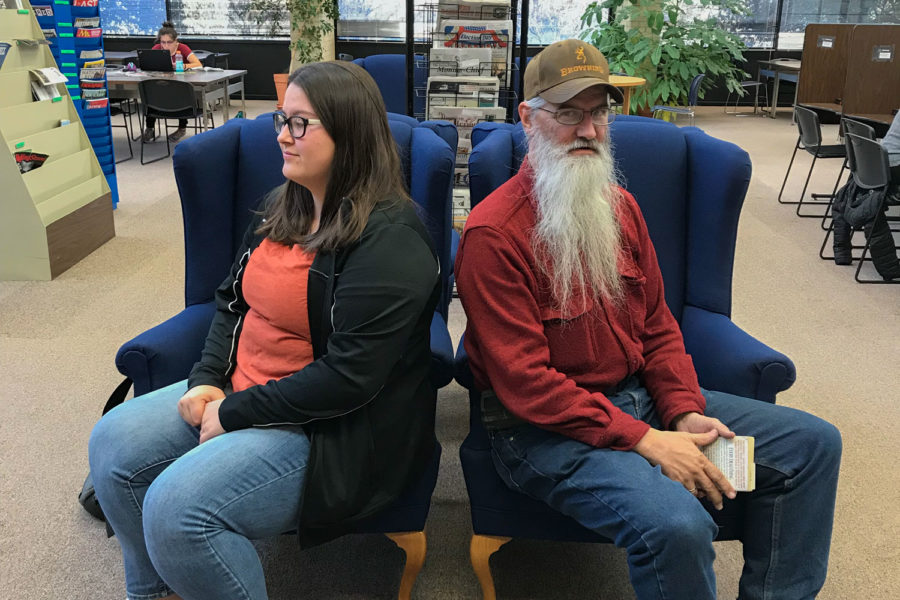 The "Ok boomer" meme has circled around social media, highlighting the generational divide between Generation Z and baby boomers. Boomers are known to be the generation born between 1946 and 1964.

It’s on hoodies, in the news and on every social media site known to the Internet; it even has its own song. The “Ok boomer” meme is the latest joke to become massively popular online–but not everyone thinks it’s funny.

“Ok boomer” is a dismissive phrase that Generation Z kids and Generation Y adults have adopted in response to baby boomers–or, people who were born from 1946 to 1964–sharing messages, judgements, and jokes online that young people often view as offensive and out of touch.

While those that have contributed to the meme’s popularity may see it as a well deserved joke, some of the baby boomers being targeted by the saying have publicly expressed otherwise online and in the news.

Ana Herrera, a sophomore behavioral science major from Liberal, has found many of the “ok boomer” memes she’s seen and shared online to be funny, justifiable and fitting of the behavior she says she’s often observed from baby boomers.

“‘Ok boomer’ is a joke that’s meant to mock boomers for being out of touch, and I think it’s really funny, but I can list genuine reasons as to why my generation feels negatively about baby boomers. The meme represents true issues,” Herrera said.

“Ok boomer” Tik Toks are popular among Generation Z, which make fun of boomers for things that are typically easy to make fun of.

However, Generation Z isn’t the only group that feels the joke may be appropriate. Some baby boomers even agree.

Kay Burtzloff, a night class speech instructor at Seward County Community College who served as the director of United Way for 15 years, believes that her generation has earned the criticism it’s currently receiving.

“I’m a boomer, but I laughed the first time I saw the ‘ok boomer’ meme–it’s funny! But it’s also really telling. We’ve had our time and we haven’t been the greatest leaders. We’ve taken a lot of hope away,” Burtzloff said.

Burtzloff explained that the way young people view boomers can be attributed, in part, to the changes baby boomers have implemented while in power.

“I like to think that I’m the exception and that I’m not like other boomers, but I don’t blame young people for having a negative perception of us,” Burtzloff said. “I look at what my generation has done, or is trying to do, on a policy level regarding issues like climate change, women’s rights and LGBT rights and I feel depressed.”

Herrera expressed similar beliefs in regard to the reasons that she, like many others, feels that the meme represents more serious issues that divide Generation Z from baby boomers.

“I think baby boomers deserve the criticism. They’ve ruined the environment, the economy and the healthcare system–now it’s up to us to fix it. I understand why it may offend them; they don’t want to feel irrelevant, but that’s what they are,” Herrera said.

However, not all baby boomers feel that the underlying ridicule behind the “ok boomer” meme is something that they’ve earned. Community member Carol Francis feels that the joke has the potential to inspire disregard for older people as a whole.

“I think that the saying is pretty dismissive,” Francis said. “In society’s eyes, my generation no longer has much to offer. Young people don’t consider our strengths, wisdom or spirituality. It’s part of the culture to dismiss us, but it sure is rough.”

Political and social divides are not the only factors that have contributed to the popularity of the meme, though, or to online jokes in general.

“Gen Z feels like we can’t change anything with our vote–this isn’t a direct democracy, after all. That’s why young people latch onto jokes like ‘Ok boomer.’ Memes become really popular, really quickly. It’s our power,” Herrera said.

However, even some of the baby boomers that claim to understand the joke believe that, regardless of the reasons young people have for participating in the trend, the saying generalizes and stereotypes older individuals with little regard for their race, abilities, socioeconomic background or political alignment.

“I get the resentment Gen Z people are feeling, but labeling others isn’t the best way to go about things. You can’t cram all of us older people into one little box,” Burtzloff said. “There’s a lot of boomers like me that identify with the same things young people do, and want better for our society, too.”

Francis counters and said that the joke isn’t really fair, that no one likes to be grouped together under an assumption with millions of other people. No one wants to be dismissed, but “I understand it.”

“We all believe we’re the best when we’re young–that we’ll do things differently, and better, than the adults, but it’s not easy to make change,” Francis said.

Although the word “boomer” typically refers to the baby boomer generation as a whole, the “ok boomer” memes being shared online often only target specific types of boomers and older adults.

“The way I see it, ‘ok boomer’ doesn’t necessarily refer to every person born within the generation. ‘Boomer’ is an identity and an attitude–it’s being easily offended, griping to young people unprompted and insisting that super outdated beliefs have a place in modern society,” Herrera explained.

The memes that have become popular online are comparable to Herrera’s observations. Often, the memes respond to “boomer” humor that targets popular trends and technology, offensive comments made by older people and the views and behaviors baby boomers sometimes share that Generation Z finds old fashioned and inappropriate.

“Young people seem to understand that there’s a progression of how you should interact with people, but boomers will say whatever they like to us, even if it’s offensive, because they look down on us,” Herrera said. “I’m not who I was yesterday–why should a 60 year old still believe, and say, the same insulting stuff that they believed when they were 20?”

While “ok boomer” does seem to represent the deep, long standing issues and grievances that exist between Generation Z and the baby boomers, the popularity of the meme doesn’t necessarily mark the end of civil generational relations between the two groups.

“If you’re a baby boomer, but you’re not a ‘boomer,’ and you don’t act like one, then don’t worry about the meme,” Herrera said. “It’s not about you. There’s plenty of baby boomers and other adults that are ‘boomers,’ and this is directed towards them.”

Likewise, many baby boomers have refused to let the possible animosity young people harbor towards them corrupt their opinion of Generation Z as a whole.

“Gen Z gives me a lot of hope. I’m glad that young people are picking up the fight and working their butts off for a better life,” Burtzloff said. “I don’t know if these divides can be fixed, but we have to keep talking, and keep trying to understand one another.”