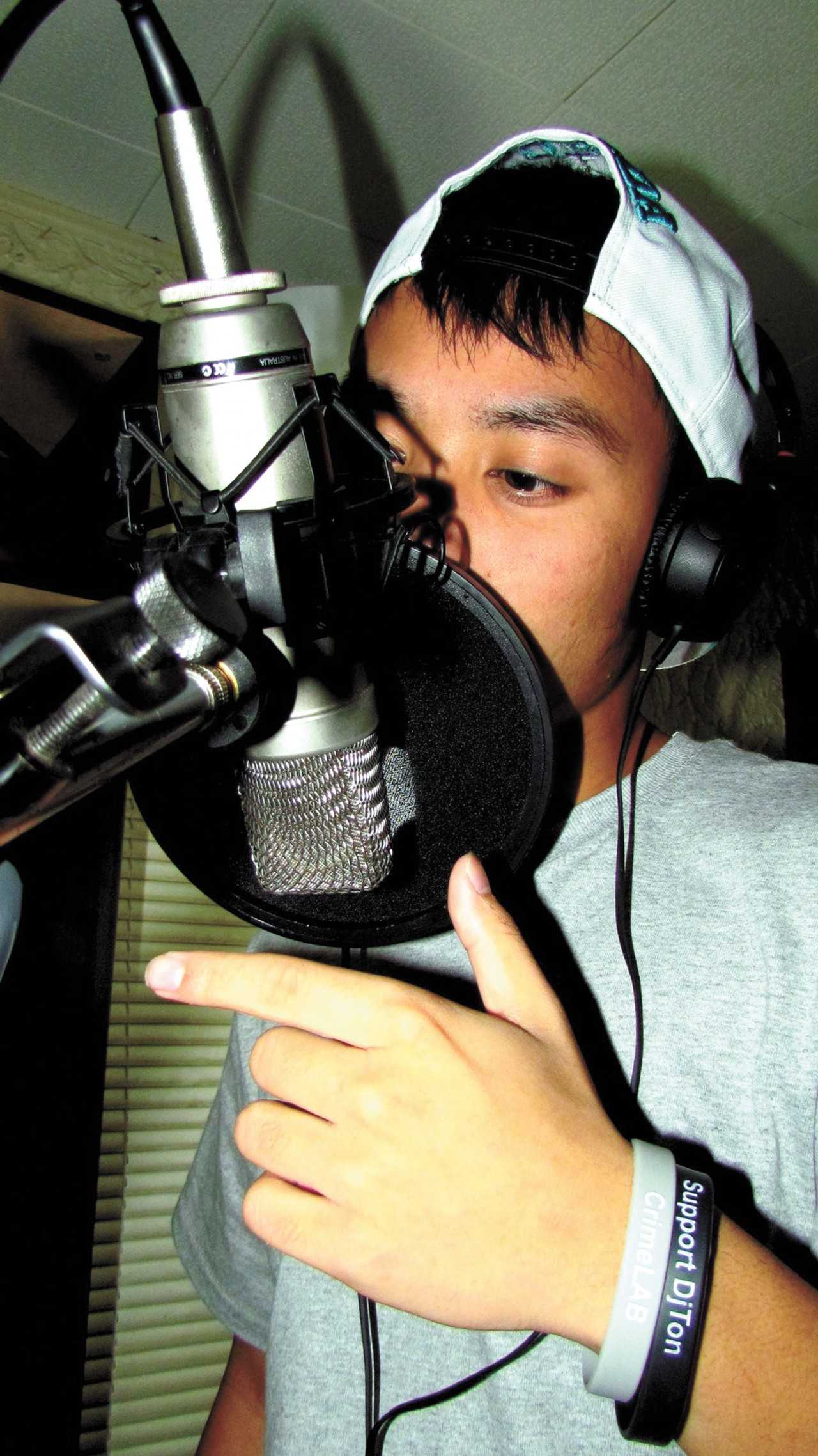 Ton Nguyen, freshman and art major, describes himself as being three different people: DjTon, who is known for his musical abilities, the Ton seen at school or at Walmart (where he works), and Artist Ton who, expresses his feelings through art. “I have a different persona for everything I do,” Nguyen said. “When I’m doing music I’m a completely different person than when you see me around school or at work.” For Nguyen music was an outlet when he was younger. “I became interested in music when I was in the seventh grade,” Nguyen said. He said he used music as a way to get away from stress. According to Nguyen, when he was in middle school he felt difficulty, and music was the thing that kept him stress free and away from trouble. “I really wasn’t serious about it (music). It was just like a hobby,” Nguyen said. In the early stages of Nguyen’s career, he was involved in a group. Unfortunately for Nguyen, the group disbanded due to artistic differences. “ With so many people in a group it is hard to get along,” Nguyen said. That didn’t stop Nguyen from continuing on with his music. He became a solo artist and has only collaborated with other up and coming artists until now. “ I’m starting a group again, but the pressure of having a group is really hard,” Nguyen said. “There are certain things that will always be a major factor in the downfall of a group.” After Nguyen graduated from Liberal High School, he chose to stop creating music and pursue other interests. He worked at National Beef for awhile. During this time Nguyen felt like he had reached a stopping point in his music career. “I didn’t find anymore inspiration,” Nguyen said. “It felt weird, like I felt out of place without knowing where the road would lead to.” Nguyen tries to stay away from lack of inspiration by being positive and listening to other musical artists or by simply talking to people around him who will increase his motivation. In the past Nguyen did not have anything to motivate him, but now his fans are his motivation. “It’s a great feeling to know that people actually like my music,” Nguyen said. In reality, Nguyen is a self-taught musician. “I like to think that I have an ear for music,” Nguyen said. Everything that Nguyen knows about music he has either picked up himself or learned it from YouTube. Nguyen has had to overcome many obstacles through the years while being involved in the music business. Living in Liberal has proved to be a barrier that Nguyen had to overcome. “It’s really hard to get known especially in the location with no major companies around,” Nguyen said. “Getting known is harder than the actual music making process.” Nguyen didn’t let that stop him from continuing on with his music hobby and he has had his parents support through the whole process. “They are very supportive of me in whatever I choose to do,” Nguyen said. DjTon, as Nguyen is known around the music industry, has collaborated with another artist on campus, Cameron Eatmon. Eatmon thinks very highly of Nguyen. “I think he is the best artist in the Southwest,” Eatmon said. In the future, Nguyen sees himself working as a graphic designer for a major publishing business, but still being involved in music. Nguyen has thought about pursuing a career in music, but knows that sometimes that isn’t possible .“I need a backup plan, so that’s why I’m pursuing an associates in arts to fall back on,” Nguyen said. Nguyen is expecting for his album to be released sometime in January of 2012.