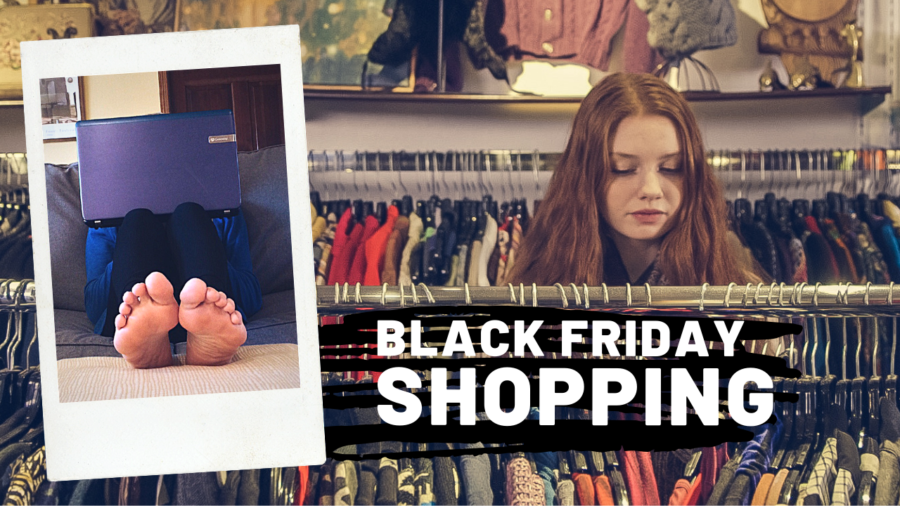 There are two approaches to Black Friday shopping: from the comfort of your home or fighting crowds in the stores. My choice is to be comfortable!

Thanksgiving is a day where families gather around the table to stuff their mouths full of the mounds of food that abounds the tables. Everyone’s very familiar with the notion of thanksgiving, so I want to focus on the after party of Thanksgiving if you will. That would be Black Friday.

Black Friday is a day where a plethora of people crowd around their local retailers in sub-freezing weather to get in on the kind of deals that would have a frugal spender reaching for their wallet. Most normal people would go during the day to see what items haven’t been savagely ripped from store shelves, but there are still a good deal of people who like to camp out in long lines to get in at midnight in the hopes of getting their favorite electronics for a considerably cheap price.

There’s nothing wrong with these folks who like to partake in what I like to call the traditional “Black Friday festivities.” But, I’m here to tell why you shouldn’t waste your time and instead go the online route to get your Black Friday deals.

My first reason is probably the most obvious one which is to escape the freezing cold weather. The only reason I can rationalize a person braving the cold when they have indoor heating is their need to resort back to primitive instincts.

I get the fun aspect of sitting in the cold with family and friends (not really). You’ll be wearing so many layers of clothing that, by the time you get in the store, you’ll be sweating profusely. Then you’ll feel all moist and nasty the rest of the night. I’d much rather order that cheap TV from my warm bedroom with my feet resting on a steamy vent.

My second point is the people you’d have to deal with while waiting in line. If you’ve ever stood in line for anything that was slightly anticipated by the general public, then you understand how petty people can be who are always looking for that slight edge to get ahead in line. Black Friday is where these people revel in their poor manners. They might pretend the person standing in front of you is their distant relative or something just to get a little closer to the front of the line. They’re the worst of the worst and shouldn’t even be allowed to participate in these events.

You can avoid these degenerates simply by never standing in line in the first place. Unless you only have one computer that everyone in your house wants to use simultaneously for some reason, then this shouldn’t even be debatable.

My third and final point is the battle fought once those automatic doors slide open. I’ll tell you a little secret, all those people didn’t stand around for hours to make an orderly line in the store and risk not getting the item they wanted. I mean, there are mothers who would kill another human being for an Xbox One S just so their kid (who could probably use a bit of exercise outdoors instead of playing games) can play Madden 20 on Christmas morning.

Yeah, the more I explain Black Friday, the sillier I feel writing this column.

The good news for you is that you can avoid raising the Black Friday mortality rate by not going at all.

If you stick to shopping digitally, you don’t have to worry about getting trampled by an unruly crowd of crazed shoppers. The paranoia of watching your back for rogue shopping carts barreling toward you also disappears with this approach.

Consider sitting this Black Friday out and doing your shopping online instead. Nothing beats minimal effort like a few clicks of a mouse and being done with you holiday shopping.