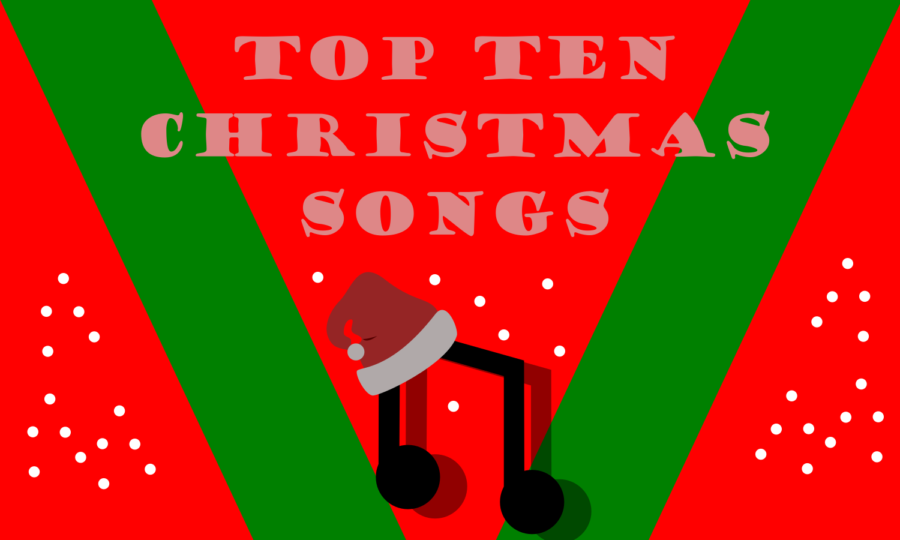 The top ten trending Christmas songs are perfect to listen to if you're wanting to get into the Christmas spirit!

The holiday season is approaching and many people’s favorite thing about it is the music. Christmas music has been popular for ages and can be traced back to 336 AD. From iconic songs by Mariah Carey to 1950 classics, these are the top 10 songs that have been digitally purchased the most. So, snuggle up in your warm blanket and let it snow because Christmas is coming, along with all its music.

“All I Want for Christmas Is You” is certified as the first holiday ringtone to reach double-platinum by the Recording Industry Association of America. By itself, the song stands at 6x Multi-Platinum and has an estimated 3 million digital sales from Nielsen SoundScan. If this song goes No. 1 in 2020, Carey will be the only artist to have No. 1’s in three different decades.

“Do You Want to Build a Snowman?” is certified Platinum and is racking up an estimated total of 1 million digital sales. This song featured on the “Frozen” soundtrack has some sister songs that helped this song debut at No. 1, knocking down Beyonce’s self titled album and becoming the fourth animated film soundtrack in history to reach this spot.

“Christmas Eve/Sarajevo 12/24” is an instrumental medley of the songs “God Rest Ye Merry, Gentlemen” and “Shchedryk.” This song is certified Gold and digital sales are estimated to be at 1 million. This song’s highest charting was at No. 29 on the Billboard’s Hot Mainstream Rock Tracks.

“Mistletoe” is a 2x Multi-Platinum selling song that sold 1 million digital copies and reached the top 10 in Canada, Denmark and Norway, slightly missing the top 10 in the United States landing at No. 11. Bieber first sang this song at at Olympic Stadium in Rio de Janeiro, Brazil on Oct. 6, 2011. He later released ‘Mistletoe’ on iTunes Oct. 17, 2011.

“Rockin’ Around the Christmas Tree” has 1 million digital sales. The original song has been re-done by many other artists such as Chicago and Cyndi Lauper, but they never had the same success as the original. At 13 years old, Brenda Lee carried a song that would be used on a 1964 television special “Rudolph the Red-Nosed Reindeer” and landed at No. 2 on the U.S. Billboard Holiday 100.

“Where Are You Christmas?” was created for the blockbuster movie “How the Grinch Stole Christmas” and was sang at the beginning of the movie by actress Taylor Momsen, who played Cindy Lou Who. This song was originally recorded by Mariah Carey, but because of a legal case with her ex-husband, the song was not allowed to be released. The version by Hill has approximately sold 977,000 digital copies.

“Christmas Canon” has sold approximately 918,000 digital copies. The song strays away from the band’s usual rock arrangement and includes a subtle children’s choir with accompaniment from piano and strings. Another version of the song would be created later in 2004,  going back to the band’s rock roots. The original song’s highest peak was on the Holiday 100 Chart where the song reached to be No. 9.

“Feliz Navidad” has sold about 808,000 digital copies. This song has been redone by many artists such as Michael Bublé and the “Glee” cast. This song was even considered one of the most 25 recorded and played Christmas songs in the world according to ASCAP. The highest peak of this song is on the U.S. Billboard Holiday 100 at No. 1. In 2018, this song gave Feliciano another moment on the Hot 100 since 1968.

“Jingle Bell Rock” has sold an estimated 780,000 copies in digital downloads and peaked on the Billboard Hot 100 at No. 8. Helms re-recorded this song about six times and his last recording was in 1983, 26 years after the original recording. This song is not only popular because of who sings it, but it’s clear with all the recordings done by various artists. “Jingle Bell Rock” was even featured in the movie “Mean Girls,” where the characters danced to a different version of the song at the Christmas talent show.

“Last Christmas” has sold about 751,000 digital copies and has reached popularity all over the world. This song reached No. 1 in three countries and No. 2 in eight other countries. In the U.S. the song peaked at No. 5 on the Billboard Holiday Song Chart. Written by George Michael, this song donated all the royalties to the Ethiopian famine. “Last Christmas” was known in the UK as the most-played Christmas songs in the 21st century but was recently knocked off in 2015.