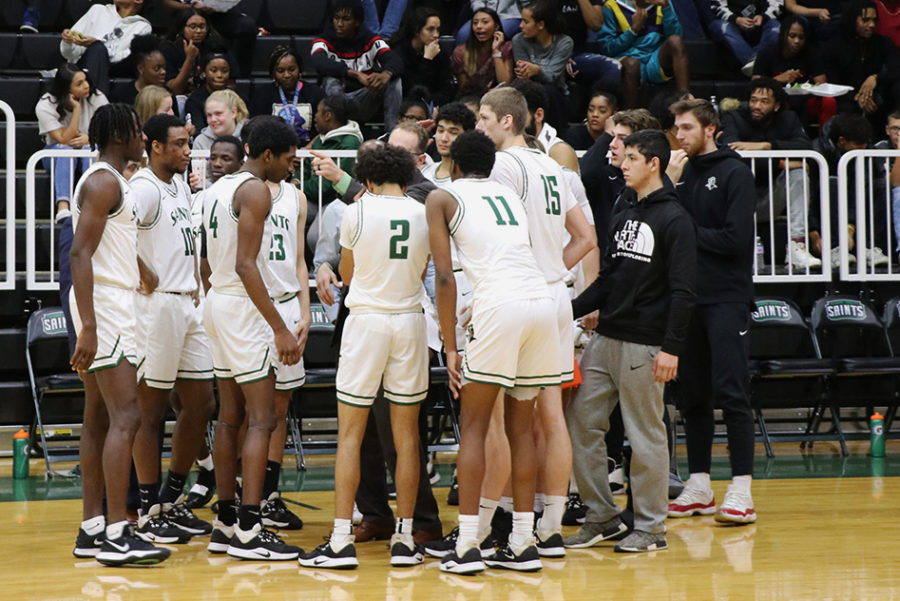 Saints huddled together during a time out. Three players sat out the game due to injuries. The loss of substitutes had a big affect on the game. The Saints lost 78-75.

Injuries played a big role in the Saints’ loss Dec.4 against Allen County Community College. Three players sat out the game, causing a smaller bench to allow players to rest. The Saints, however, kept the game tight until the very end.

With only a minute left in the game, the score was 76-75 and the Saints fouled to stop the clock. Allen County’s Trez Hankins knocked down both free throws and the Saints lost 78-75.

The Saints went 0-7 from the three-point line in the second half. Saints were led by Stephen Takyi and Rostyslav Novitskyi both with 15 points. Surakata Jawara had another all-around game for the Saints with 9 points and 8 rebounds.