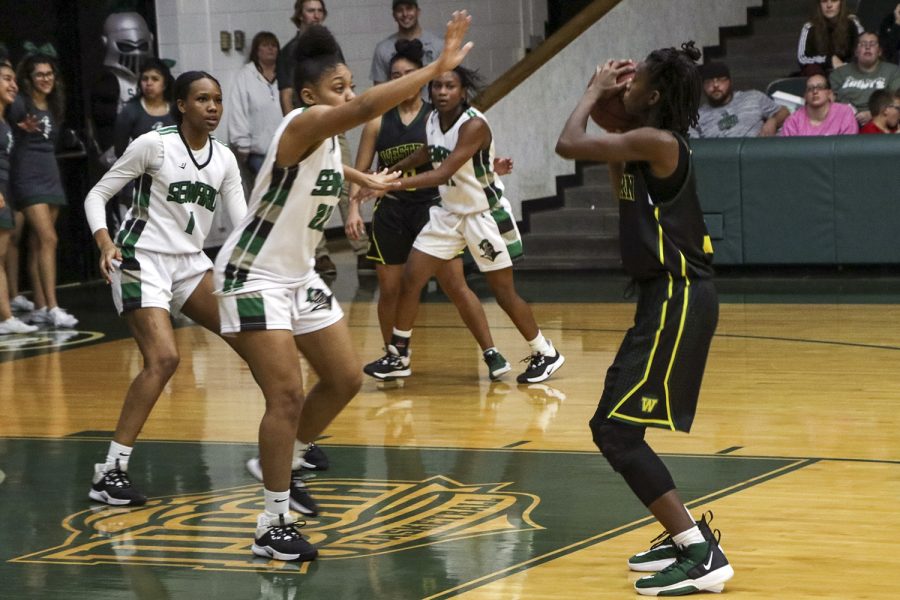 The Lady Saints played against Barton Community College on Jan. 25. The ladies won with a score of 69-63 and they are now 12-0 in conference play.

During the first quarter,  Gina Ballesteros shot back to back three pointers. During the second quarter,  Alanis Hill  shot six points to lead the game with a 33-29 advantage.

In the third quarter of the game,  Karolina Szydlowska shot a transition basket, which gave the ladies the biggest lead of the game, 43-31. Barton came back with 8-2 shots but the Lady Saints again responded to give them a 55-47 heading into the final quarter.

In the fourth quarter, Barton made eight points to the ladies’ two, making it a score of 57-55. The Lady Saints responded with making nine points while Barton made two, which made the score 66-57. Barton came back with back to back three pointers, making the score 66-63 with 43 seconds left.

The Lady Saints will play again on Wednesday against Northwest Kansas Technical College. The game will tip off at 6 p.m.