Saints lose close one to Barton 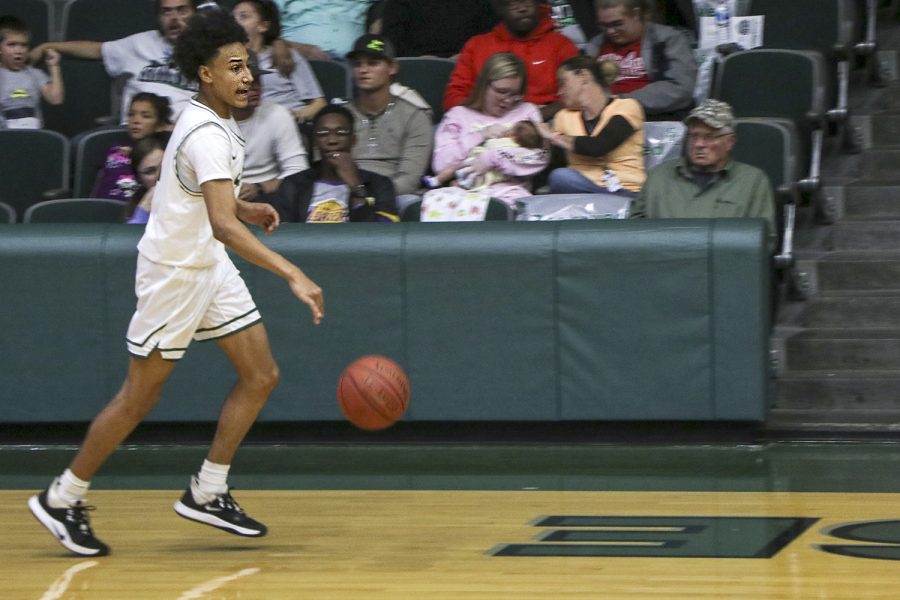 Samuel Henderson brings the ball down the court during a game. The freshman guard has helped the team to a 12-9 overall record.

The Seward Saints lost a close one, Jan. 25, at Barton County Community College with a score of 86-87. The Saints were down by four points at halftime but came back strong in the second half. While Seward outscored Barton in the second half, it was too little-too late. The Saints fell by a heartbreaking one point.

For the Seward Saints ,the highest scoring player was Greg Johnson with 16 points. There were two best rebounders, Surakata Jawara and Rostyslav Novitskyi. They both grabbed the ball seven times. Seward is now 12-9 overall and 5-7 in conference play. They play against Northwest Kansas Technical College on Jan. 29 at 8 p.m.