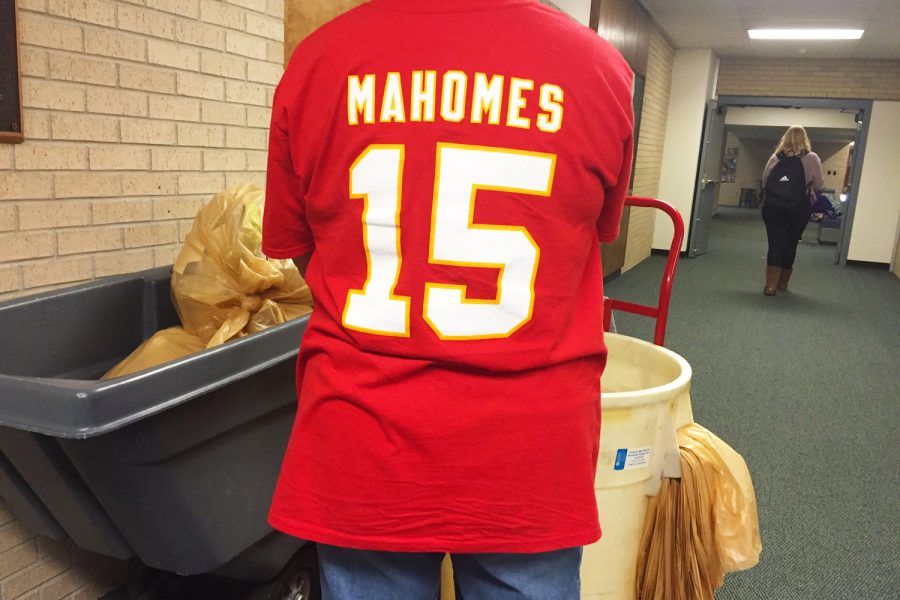 Looks shoot across the room to whom just uttered this phrase. Some find it funny, but others think it’s a mockery to the game they love — football. Wanting to be involved is never a bad characteristic, but not knowing what you are talking about can be seen as one.

On Feb. 2, two teams — the Kansas City Chiefs and the San Francisco 49ers — will face off against for a chance to be named the winner of  2020 Super Bowl at Hard Rock Stadium in Miami Gardens, Florida.

Many people will hop on the bandwagon for the Kansas City chiefs while still others will watch this game whether they are football fans or not.

Not being seen as the “dunce” during a Super Bowl party is not only a wise decision but it is encouraged. Knowing the basics of what to say and what not to say will help you seem like a true fan even though you are just there to see Jennifer Lopez and Shakira perform.

This is how to “Super Bowl for dummies:”

Many people can sit through a whole game without saying anything because of their fear of not sounding knowledgeable about the popular sport. To know the game, basic rules have to be learned.

On the football field, there will be 22 players that are split in half for each team. There cannot be more or fewer players at any given time, as this will result in the game being interrupted and a penalty being given to the team at fault. This is a penalty given more often than you would think during a professional sport. It is OKAY to be mad at your team about this action, but if the team you are going against gets the penalty, then it should be a joyous moment.

If the opposing team ever gets a penalty, it is great for the team you are rooting for, which means you might get more yards. Yards can be confusing but a vital concept in this American sport along with downs. A down is just another word for a play. Downs can be shown by markers on the sidelines.

A team gets four downs to make a 10-yard play. If the team is able to do this, then the downs start over and if they cannot, they are more likely to punt the ball so the other team collects it further away from their goal, instead of at the point of tackle if they do not get a first down.

First down is a crucial word for sports talk. A hint to help someone fit into a crowd during the Super Bowl is to watch out for first downs. If your team seems to fall short of a first down every play, some fans will start to panic, while others get mad. This makes other first downs even more dramatic and important. Every person loves an underdog and fans love to show their support for it.

“That Doritos commercial was really funny, they are always my favorite,” is acceptable to say, except when it is the fourth down and they are two inches away from a first down. (You should know what that means now!) Any talk is perfectly fine throughout the game, except at key moments that determine the winner. The moments that could be considered: a further than usually kick to tie the game, a penalty call that could add 15 yards for your team, or even during a play when it is a close game.

During sports, most fans do not agree with the referees and it is an acceptable practice to question everything the referee calls. Once you get the hang of being a number one fan, you will notice that fans are usually high-strung and cannot see the fault in their team.

Another common conversation during the game is about penalties. This is fine to talk about during plays because its a chance to blame the referee for not giving fair treatment for your team. Common penalties are offsides, pass interference, and facemask. These penalties are called by a referee throwing a yellow flag onto the field to be seen.

Offsides is when a team goes to the opposing team’s side before the snap is made. This can cause hatred for one’s own players or to cheer for the other team for not being professional. Pass interference is when a player interrupts another player’s ability to make a catch. This can become a high conversation point so if you are not sure how this looks, wait for someone more knowledgeable to start calling for a flag. Facemask is when a player grabs another’s helmet by any open holes and pulls or gains an advantage by doing so.

So those are very basic rules to survive a Super Bowl party. I am guessing you will be staying home for the game since the price of attendance can run at a high $5,000. The most important piece of information is to follow the energy of whoever you are with. Piggy-backing is perfectly fine until you can fully understand the rules and grow love for the teams and sport like other super fans.

Whether you are for the Kansas City Chiefs or the San Francisco 49ers, or you’re solely there for the commercials and finger foods, there is fun in being apart of a Super Bowl with other people who love the game.

So, if you are a bandwagoner for Patrick Mahones or a fan of Budweiser’s interesting commercials, you are one step closer to becoming a true fan, or at least talking like one.