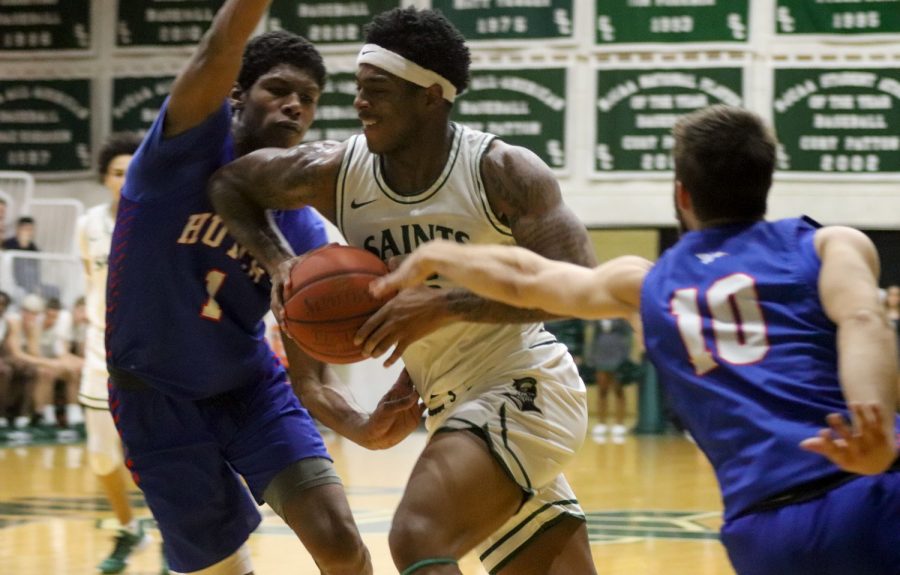 Greg Johnson (#5) pushes his way through Hutchinson’s defense. Johnson is a freshmen from Little Rock, AR.

In the first quarter, Hutchinson Community College had a lead of 6-0 but the Seward Saints responded with a 6-0 of their own. Greg Johnson made back-to-back three pointers to tie the score up.

The Saints took their largest lead of the game with five minutes left in the half on a pair of free throws made by Kyle Cadaci to lead with a score of 30-23.

The Saints built a double-digit lead early in the second half with a score of 48-38 with a three pointer by Surakata Jawara, which was the largest lead of the game for the Saints. But the Blue Dragons clawed their way back. Hutchinson’s Jash Baker made a deep three pointer with one minute to go to take the lead with a final score of 68-67 points.

The Saints play again at Garden City Community College on Feb. 5. The game tips off at 8 p.m.