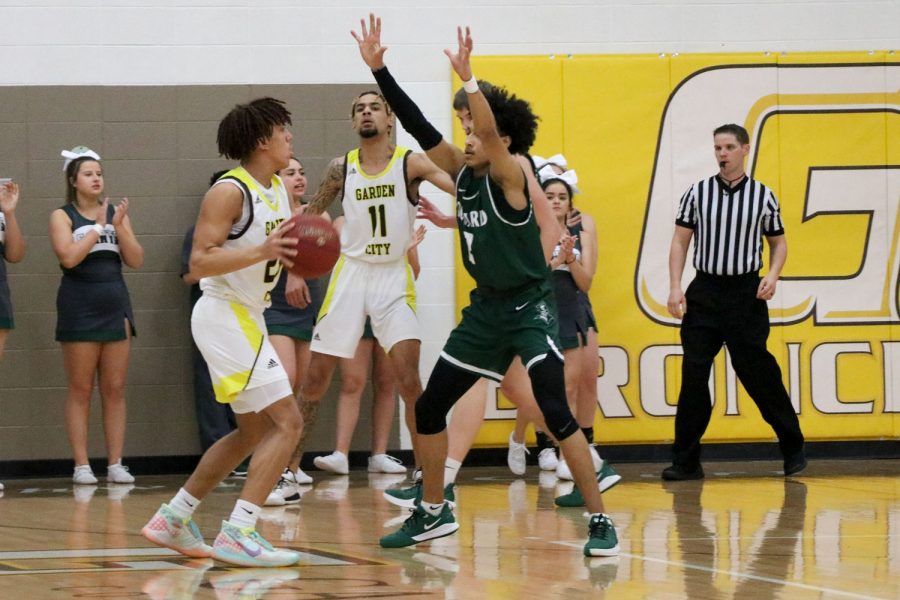 The Seward Saints lost to Pratt Community College on Feb. 8 with a score of 73-84.

The Seward Saints played at Pratt Community College on Feb. 8. The final score of the game was 84-73.

In the first half, the Saints trailed 19-9 after a three-pointer by the opposing team. Seward responded with a run to take the lead at 29-27 with two free-throws by Saint Branton McCrary. Pratt had a 37-36 lead over the Saints. The first half ended with a score of 37-36.

In the third quarter Pratt started on a 14-4 run and took the lead of 51-40 with 14 minutes left. This was the separation that Pratt kept for the rest of the game. The Saints were unable to stop Pratt from getting to the rim and the free-throw line.

The Saints play against Dodge City Community College on Feb. 10 in the Greenhouse. The game tips off at 8 p.m.