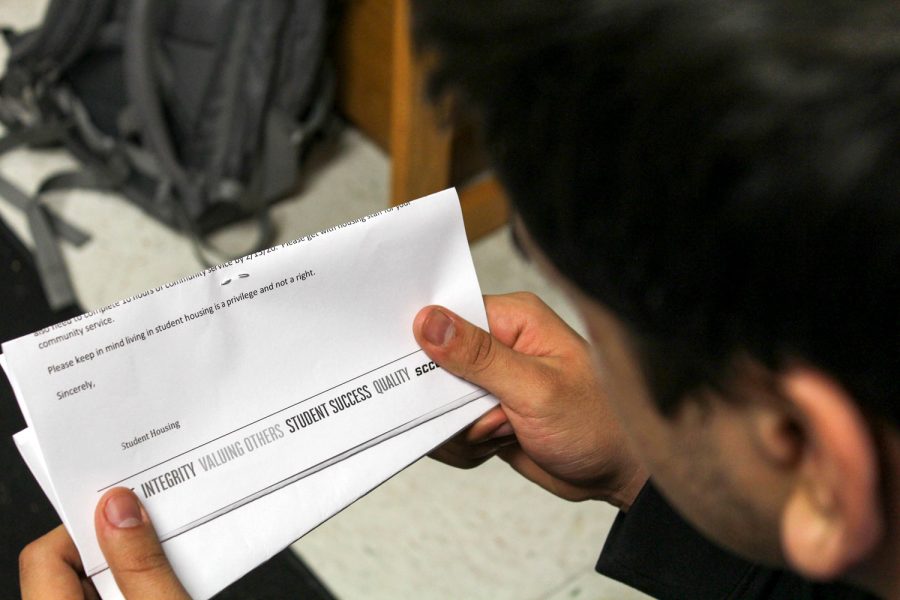 Crusader News has decided to voice their opinion on the matter of SCCC dorm fines.

With the recent news about the Student Living Center and dorm fines, a story was released highlighting the opinions of students agreeing or disagreeing with the topic. Because Seward County Community College students questioned and had personal stories about the dorm fines, Crusader News investigated the situation using unbiased journalism skills.

While seeking interviews, Celeste Donovan, the vice president of student services,  made a statement to us and crucial documents were received. Crusader News has come forth to give their viewpoint on the circumstance.

Anyone who had a say in the matter was asked to speak with Crusader, but due to scheduling issues and a crunch for time, not everyone was able to sit down for an interview. Crusader was able to see both sides of the situation clearly by talking with Donovan. Dorm fines were given to a multitude of students, as they did violate the student handbook and policy change. Crusader never denied these violations, only that the wrong prices were charged for the offenses. The communication between students, Donovan and Jennifer Malin, director of student living center, was not stellar.

In the future, better communication between the parties involved should be of the utmost importance. Students should be talked to directly about their offenses. The major rules in the handbook should be posted around the SLC or even gone over more than once instead of only at the beginning of the fall semester.

The opportunity to learn a valuable lesson is lost when a piece of paper is slid under a student’s dorm door, signifying that more money has been added to a student’s account balance. Communication and the understanding of rules would be better if there was a face-to-face conversation between the students and Malin. If this is not a possible action for one single director, then maybe more staff should be put on hand to individually handle the dorm fines.

While mostly causing a negative outlook on rules, this occurrence at the SLC showed students that that they may use their voices if they believe something is not right. Just by the student body talking to Crusader News and asking the right questions as part of our investigation, we were able to use your stories and make a change.

It has recently been reported that fine charges have been changed to the original price that was stated at the beginning of the fall semester.

Below you will find a document listing consequences for breaking rules at the SLC.

Remember, you make the changes you want to see tomorrow.

– Crusader News Staff
Click/touch on photo to view a larger gallery of the documents: