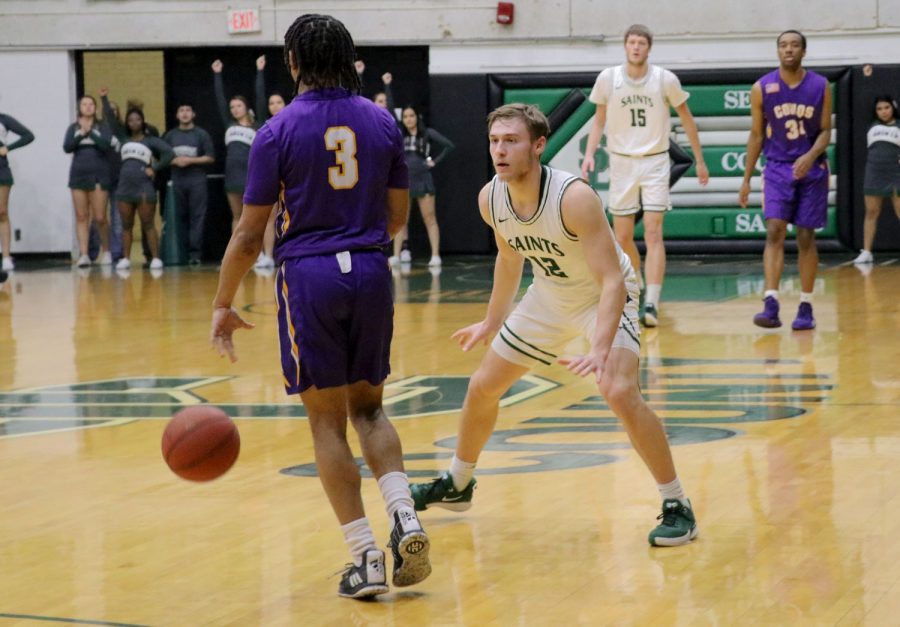 The Seward Saints played Dodge City Community College on Feb. 10. The final score was 92-56. The Saints are now 15-11 overall and 8-9 in the Jayhawk West.

In the first quarter, the Saints went on a 17-4 run with a three-pointer by Roy Clarke, Saints freshman. With seven minutes and 40 seconds left in the second quarter, Qaiyoom “Q” Olanlege, Saint redshirt sophomore, connected on a lay-up to give the Saints a 34-13 advantage. The first half ended with a score of 53-24.

In the second half, the Saints picked up where they left off, which was with a disruptive defense and a fast-paced offense. Clarke made another three-pointer, which put the Saints ahead with a score of 74-34. The game ended with a final score of 92-56.

The Saints play again on Feb. 12 at Colby Community College. The game will tip off at 7:30 p.m.