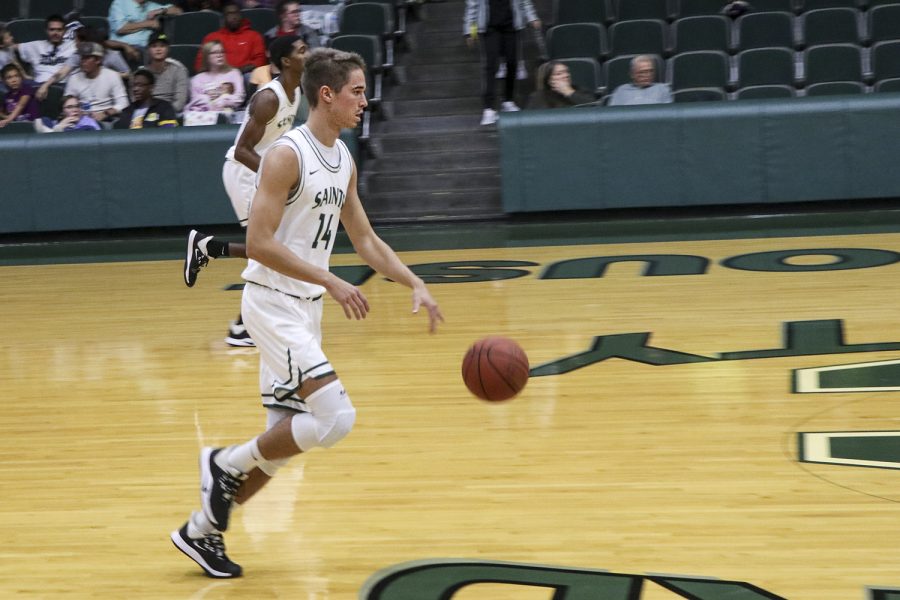 Saints fall to 15-12 and remain in fifth place in Jayhawk West (file photo).

The Saints could not catch up to Colby Community College on Feb. 12. They chased them the whole game, losing with a final score of 85-68.

In the second half, the Saints got closer but Colby kept the lead.

The highest scorer for the Saints was freshman Branton McCrary. The best rebounders were McCrary and freshman Rostyslav Novitskyi.

The loss brought the Saints down to 15-12 overall.

The Saints play again on Feb. 15 against Barton Community College. The game tips off at 8 p.m.