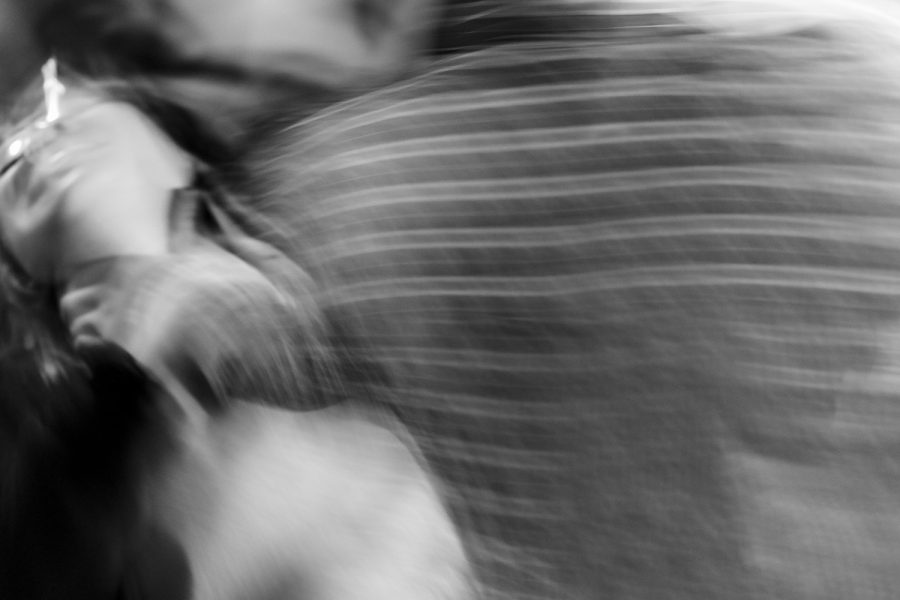 Sexual assault isn’t just about nonconsensual intercourse. It can also be non-consented contact whether it’s unnecessary touching or aggressive choking.

“Knowing who he was, being my father’s best friend…It’s crazy how you grow up around a person and you think that you could trust that person and then one night when you’re spending the night they say ‘let’s do this’ and you say ‘no.'” Kenneth Holmes, a sophomore criminal justice major from Turpin, Oklahoma, said.

Holmes is one of the many individuals who has been sexually assaulted in their lifetime. Holmes is not a victim, but a survivor.

One in 5 women and 1 in 16 men experience sexual assault while being in college, however 63% of assaults go unreported to police. A lot of times there is shame, embarrassment, and guilt. They don’t come forward because of those thoughts and feelings. “The possibility of someone coming forward is 50/50,” Maria Munoz, a campus advocate on behalf of the Liberal Area Rape Crisis & Domestic Violence Services, said.

“It was really hard to see the guy in the back of the cop car, my father’s best friend. It was a really crazy situation. I was scared, my sister was scared. I still remember his face very vividly,” Holmes said.

Holmes said that it’s still a very uncomfortable feeling for him to remember and he would do anything in his power to stop this from happening to anybody else.

Sexual assault is a broad term to describe any nonconsensual sexual act. This can involve rape but, “it does not have to get to rape,” Munoz said. Rape is nonconsensual sex between strangers, friends, spouse’s and it can even happen between relatives/family members.

Sexual assault can be attempted rape, unwanted sexual touching, forcing one to perform unwanted sexual acts and penetration of the perpetrators body. Mason Martinez, a freshman physical education major from Amarillo, Texas, remembered a time at the club when everyone was out for the night having a good time when something like this happened to a friend.

“He was drunk and got pushed into a corner, got touched, and got his underwear ripped and he really didn’t have any form of consent,” Martinez said. “After he figured out who it was, he got quiet for a bit and got over it, just cause it’s kinda one of those things where he doesn’t remember it, but it definitely happened.”

Graphic by Preston Burrows
What is hooking up?

Hookups are generally confused with sexual assault for the simple fact that it is such a broad term and has many end results to it. A hookup generally refers to casual encounters between people who can be friends but don’t have to be, Munoz said. “It can be a friend with benefits.”

A hookup is consensual sex from both parties. A hookup is a way to have fun, and let loose, but the funnest hookups are the ones where you know the other person wants to participate. Intimacy has many signs of do’s and don’ts. But how does one know if their partner or friend want to take the next step in a relationship?

“When both individuals show emotion towards each other, when they both think it’s the right time to take a bigger step,” Alexis Jaquez, a freshman criminal justice major, said.

Consent can come in many ways and forms. It’s not always a direct “no” or “yes” but it can be a “I have to go,” “I’m not feeling too well,” “how about another day” and even silence means “no.” Body language can also be a huge factor. When they start pushing away, shoving, a simple facial expression, moving back or further away can also be a form of “no.”

Graphic by Preston Burrows
Moving away/moving back is considered a common red flag when one side of the party doesn’t want to be intimate. Some red flags include bribery, Munoz added.

“Some people have a friend who is really nice, is always there for you, willing to do stuff for you and they’re building that trust. Be aware and don’t be too trustworthy. Keep your boundaries… if they move quickly, don’t move quickly. Take your time,” Munoz said. “If your gut feeling is telling you something isn’t right, it’s probably because it’s not. Trust your instincts. These gut feelings and red flags don’t always have to come from friends and strangers though.”

Unfortunately, it can come from people who you love most in the world, like a spouse or family members.

“I have a friend who has experienced sexual assault. She said when she was younger she had an uncle that would touch her inappropriately and she didn’t like it, at all. To this day she still hasn’t told her family. I’m there to support and comfort her, but sometimes things like that traumatize you for life,” Alexis Jaquez, freshman criminal justice, said.

With traumatizing events and the troubles people go through, there is always someone who is willing to help, give advice and listen, but not everyone knows how to help someone in such a situation.

Graphic by Preston Burrows
Munoz gave out some tips and advice. She encourages people to be aware of what they say. To ensure there are no victim blaming questions, for it could make the individual shut down completely. She encourages people not to push the topic and instead let them know that you’re always there for them and will support them. Keeping the trust and not telling anyone else can also be comforting to the individual.

With this being said, it’s human nature to have questions here and there, whether it be about sexual assault or a hookup.

“No person should be afraid to say no whether it’s a hookup, or a serious relationship. They should be able to say how they feel and go about it and stop right then and there.” Munoz said.

If you or someone you know is a victim of sexual assault, or you are in danger, LARC DVS is always willing to help. For more information, contact Liberal Rape Crisis and Domestic Violence Services at 111 E 2nd St in Liberal or call their number at  (620)-624-2774.