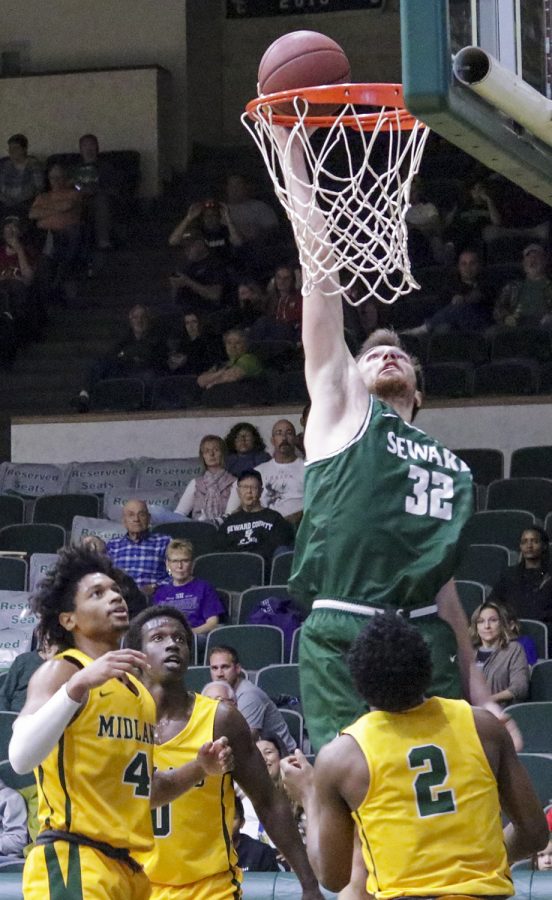 No. 32, Nika Metskhvarishili, goes up to make a layup. (file photo)

Seward will travel to play Independence Community College on Wednesday for a first-round Region VI playoff game at 8 p.m. It will be do-or-die for the Saints. If they win, they will move on to the next round. If they lose, the season is over.

Hutchinson and Seward battled back and forth in the first half, ending it 23-22. When the Blue Dragons took the floor in the second half, they took off and never looked back. Hutchinson went on an 11-0 run. Seward was never able to regain their momentum and fell 67-47.

The best rebounders were Ahmed Ibrahim and Kyle Cardaci with six rebounds each. Branton McCrary was high scorer for the Saints with nine.

The Saints basketball team plays at Independence Community College on Feb. 26. The game tips off at 8 p.m.