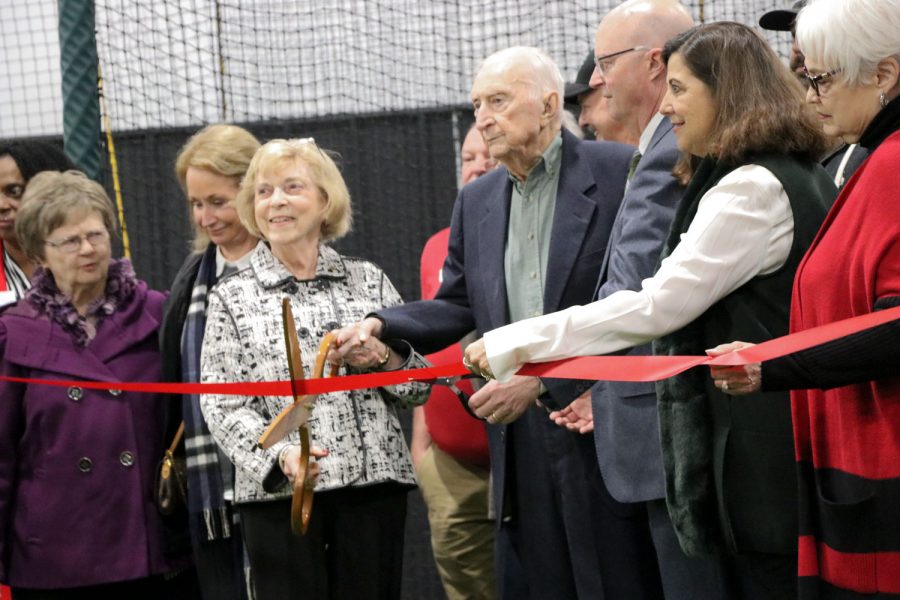 Ribbon cutting makes it the official opening of the Sharp Family Champions Center. Jo Ann and Gene Sharp are the lead donors, who also cut the ribbon.

The new Sharp Family Champions Center officially opened Feb. 24 with a ribbon cutting ceremony. The new indoor practice facility at Seward County Community College has been unofficially open with the baseball and softball teams taking advantage of the infield and batting cages.

The ribbon was cut by Jo Ann and Gene Sharp, whom the facility is named after and were major donors for the project, with the help of Gary Dunnam and Duane Boozarth, who were also supporters for the project. The event brought together the Saints Booster Club, community and former and current players.