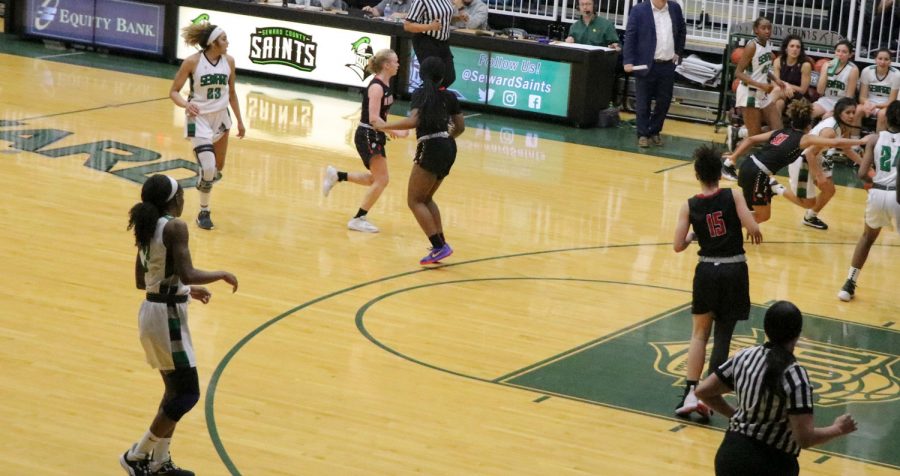 The SCCC Lady Saints played offense against Hutchinson on Feb. 22. The game ended with the score of 78-62. (file photo)

For the second time this season, the Lady Saints came up short against Hutchinson Community College. They lost 78-62 on Feb. 22 in Hutchinson.

Seward will host a first-round Region VI playoff game against the Allen Community College Red Devils at 6 p.m. on Wednesday at the Greenhouse.

In Saturday’s game, the Lady Saints fell behind and never had a chance to make a comeback. Hutchinson shut them down.

At the end of the first quarter Hutchinson was in the lead with an ending score of 19-10. The Blue Dragons held Seward to just 21 points in the first half while they piled it on with 38.

The best rebounders for the Lady Saints were Karolina Szydlowska and Destiny Alston with six rebounds each. The players with the most points were Tianna Johnson and Leilani Augmon with 17 points each.

The Lady Saints play against Allen Community College in the Greenhouse on Feb. 26. The game tips off at 6 p.m.