Lady Saints close in on another win 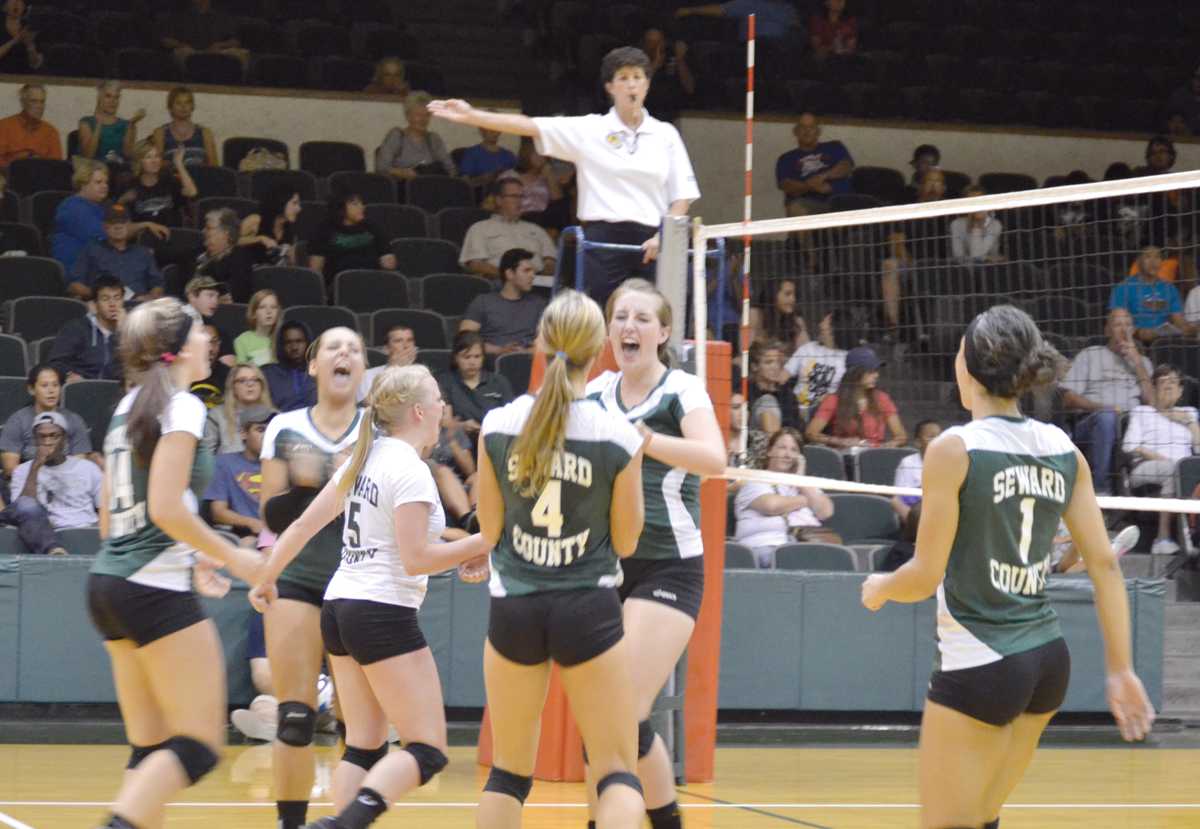 Crusader photo/Diana Chavira The Lady Saints celebrate a score during their first home match against Dodge City Conquistadors. So far this season, the team stands at a 9-4.